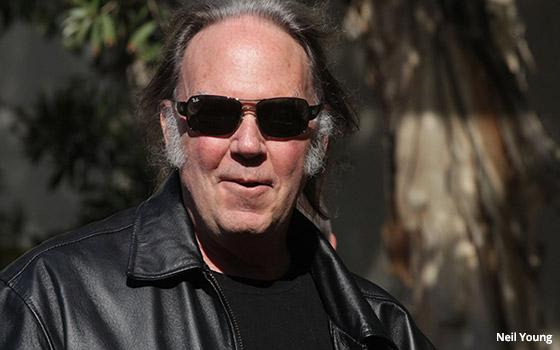 Spotify, Apple Music… and Neil Young? The folk-rock legend — who has long advocated for music available to consumers with higher-quality sound — is taking matters into his own hands.

Young, in partnership with Warner Bros. Records, has launched a subscription streaming music service, built around his music,  available in “XStream by NYA,” a proprietary streaming technology that delivers higher-quality sound.

The streaming service, called The Neil Young archives (NYA), will have a free tier with a song of the day, a free album and other select content. To access Young’s full library and the other content, however, you need to subscribe for $19.99 per year, or $1.99 per month.

Young has long zagged, while the rest of the music industry zigged, and his new endeavor continues that trend.

As music shifted from CDs to digital files, Young criticized the quality of the sound, arguing that file compression was distorting the music. He subsequently launched his own company and released his own digital music player, Pono, which provided “high-resolution” 24-bit music tracks.

Now, music is again shifting, from downloads of individual songs and albums to streaming services that aggregate entire libraries, led by Spotify and Apple Music.

And again, Young is betting that higher-quality sound will win the day, paired with content one would normally find from fan clubs. Neil Young is the first musician to go all-in on his own individual streaming service.