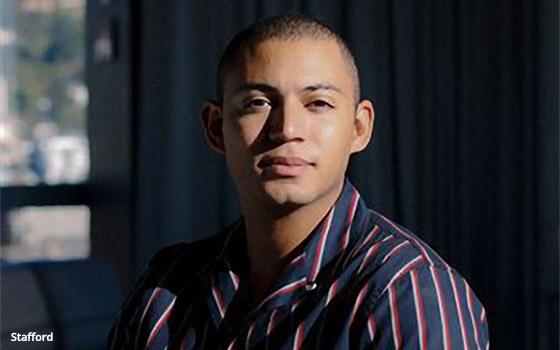 The Advocate has named Zach Stafford editor-in-chief. He is the first black editor of the 50-year-old LGBTQ magazine.

Stafford previously worked at Out as editor-at-large. He will officially take on his new role role at the end of next month.

The Advocate is owned by Pride Media Inc. Earlier this month, Out, another Pride Media publication, made history of its own, naming Raquel Willis the first transgender woman to take the executive editor role at the title.

The Advocate claims it is the country’s oldest gay magazine still in circulation.

Stafford has been serving as Chief Content Officer at Grindr, the popular gay dating app, and its online magazine, Into.

Stafford has also served as a contributing reporter for The Guardian, reporting on police brutality and LGBTQ issues. He made it on Forbes’ “30 Under 30” list this year.

“I have long respected The Advocate and the role the magazine played in the LGBTQ community, which started with their reporting on police brutality in the late 1960s, a topic I’m intimately familiar with from my own work,” Stafford stated. He added his tenure at The Advocate may be “ruffling a few feathers along the way.”

Neal Broverman was serving as interim editorial director at the publication.