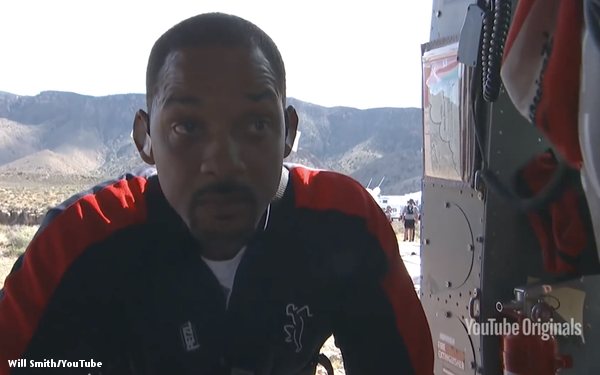 Let’s say you’re a movie star with dozens of films under your belt; many were commercial smash hits. What would you do in between shoots?

Not that long ago, the answer would have been to take a long vacation, or line up a guest role on a TV show.

Now mainstream talent is taking their skills to YouTube.

Last week, comedian, musician and actor Jack Black launched a YouTube channel of his own, “Jablinski Games.” Appropriately for the platform, his channel will feature a heavy focus on gaming, one of YouTube’s most popular categories, as well as whatever else is on his mind, like food, or music.

In January, actor Will Smith launched a YouTube channel, culminating in a YouTube live stream in September which saw him bungee jump out of a helicopter flying above the Grand Canyon.

They aren’t the only ones. Actor Dwayne Johnson has a youTube Channel; so does chef Gordon Ramsay. Supermodel Karlie Kloss is active on the platform, as is comedian Russell Brand.

All of these mainstream celebrities are leveraging their downtime to build a relationship directly to viewers, through YouTube’s platform.

Some, like Smith and Johnson, tie their videos into other projects they have in the works. others, like Black and Kloss, are tapping into existing communities around gaming or beauty.

The end result is a fan base that follows them throughout the year, not just when a new project is released. In addition, celebrities earn premium CPMs from YouTube, potentially earning them a not insignificant amount of extra income.

YouTube is also keen to play up their celebrity creators.

At YouTube’s upfront earlier this year, the Will Smith stunt was a centerpiece of the presentation, with executives hoping that brands would be on board to sponsor the stunt.

Marketers, too, are happy to see this trend. At the after-party for the YouTube upfront, one media buyer told Digital News Daily they hoped more celebrities would join the platform, citing instant brand awareness and less concerns around brand safety.

In some ways, the rise of the celebrity creator marks a new evolution for YouTube. It has grown in recent years, thanks in large part, to the efforts of young creators that embraced the platform early, and leveraged it to international attention.