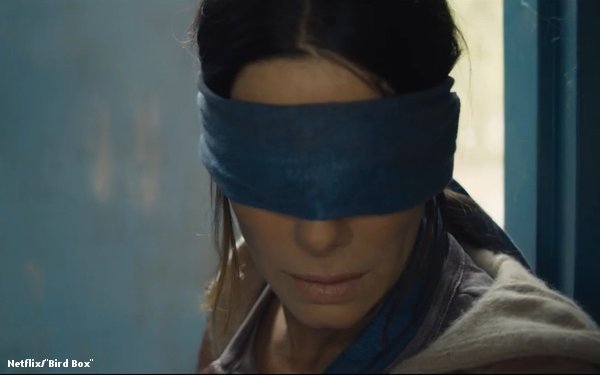 For media wonks, the last weekend of 2018 was spent arguing over ratings. But these weren’t TV ratings, they were the first concrete viewership numbers ever released by Netflix, the 800-pound gorilla of streaming video. The subject of those numbers? The Netflix original movie “Bird Box,” starring Sandra Bullock.

“Took off my blindfold this morning to discover that 45,037,125 Netflix accounts have already watched "Bird Box" — best first 7 days ever for a Netflix film!” A tweet from the Netflix Film account said.

The company later clarified that 45 million accounts had viewed at least 70% of the film. For close watchers of TV’s shift to streaming, it was a watershed moment.

While Nielsen has endeavored to try and track Netflix ratings, Netflix has never released anything more than the vaguest of data — 45 million was a specific, precise number. And it was of accounts, not viewers. With couples or friends watching together, and some consumers sharing accounts, the actual viewership number was actually much higher.

The fact that Netflix defines a view as having watched 70% of the movie is also notable. YouTube counts a view as anything watched for 30 seconds or more, while Facebook’s “view” kicks in at a mere three seconds. Netflix has a much higher bar.

BTIG analyst Rich Greenfield suggested the movie had “an equivalent global box office of over $700 million in a week,” based on those numbers, while others pointed out flaws in the logic.

The music industry analyst Bob Lefsetz had arguably the most important take on the numbers, noting they may portend a change in how movies are made and marketed. He called it “a sea change in the entertainment promotional complex."

“I posit most people were unaware of ‘Bird Box’ until they saw it on their Netflix account, or heard about it from friends,” Lefsetz wrote in his blog. “There was not the scorched-earth publicity campaign employed by movie studios to make you aware of a film you most likely do not want to see. But you’re paying for Netflix, and since you log in on a regular basis, you saw ‘Bird Box’ was available.