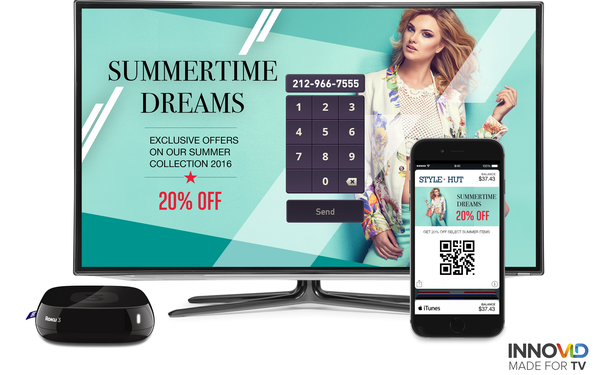 The video advertising platform Innovid says that it has raised $30 million in a pre-IPO investing round, led by Goldman Sachs’ Private Capital Investing group.

The company says that it will use the cash influx to build out its global operations and further expand its presence in the connected TV (CTV) and over-the-top (OTT) advertising technology markets. As part of that expansion, the company plans to release a complete end-to-end CTV platform.

Innovid has put a particular focus on interactivity in its platform, offering products that let consumers choose what ads they wanted to watch, as well as finding different ways to encourage engagement with ads.

The company’s various clients include Hulu, Roku and Fox. Innovid’s brand roster includes Toyota, Bank of America and GlaxoSmithKline, among others.

With the Goldman Sachs investment, Innovid has raised $95 million since its founding in 2007, according to CrunchBase.
Goldman's Holger Staude will also join Innovid's board of directors.