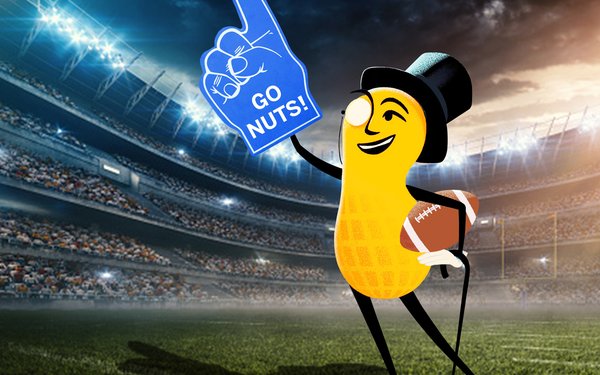 Planters will run an ad during Super Bowl LIII, for the first time since the 2008 game.

The 30-second ad, from VaynerMedia, will air during the second quarter.

Starring the famed brand mascot Mr. Peanut — and a yet-to-be revealed celebrity — the spot will “show just how far the 103-year-old legume will go to satisfy salty snack cravings,” reports a brand spokesperson.

As previously reported, parent company Kraft-Heinz will also be running a 30-second ad for the frozen food brand Devour in the game, in the third quarter.

Mr. Peanut is also the star of Planters’ 2018 “Wing Nut” campaign, from McGarrybowen. That campaign has included a social promotion soliciting UGC content for an ad to promote a limited-edition, Mr. Peanut-branded IPA, as well as TV spots including this one: