Peterson: Times Have Changed, Adland Needs To Catch Up 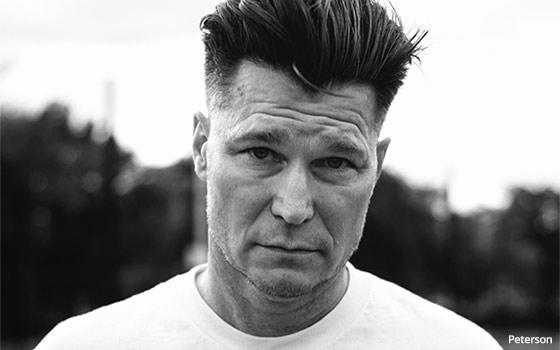 He's back. Nearly three months after his "mutual departure" from Havas, Jason Peterson is launching his own agency The Times that seeks to redefine the traditional agency model from the ground up.

"We are returning the focus back to the creative rather than pretend to be things that the industry currently endorses," he says, alluding to services like digital banners and pre-roll.

"Times have changed. Advertising is no longer passive. Consumers now opt into your marketing and want to see themselves reflected in your brand. Agencies can no longer talk at consumers. We must speak with them.”

Peterson says today's system is "like wearing a tuxedo to a beach party."
Instead, The Times will have no account managers or strategy directors. The Chicago-based agency is built on a system of "members," sans employees. "This isn't my company. This is our company," he says. "We are moving from creatives to the creators."

This leadership team will be joined alongside a vast network of content creators, photographers, videographers, and social media innovators, all working at various levels of membership ranging from full to casual. Already Peterson's call for interns dubbed The Times Six received 3,000 submissions in less than a week.

Further, half of the members at The Times will be female and/or people of color, he says.
The Times is designed to offer clients modern content “utility,” saving them time and money traditional corporate bureaucracies cannot, he says. “We are paid on retainer. Clients will pay for our hard costs, but we will make production costs for free.”

“My production friends get mad at me for saying this but production houses are merely filled with ex-agency people serving as middlemen,” Peterson asserts. "I bust my ass to give awesome creative to the client and then have to give it to these shops to film. I then sit at craft services watching them look through the camera taking shots that I know I can do better myself."

Now, Peterson says, The Times will match talented creatives and producers directly with clients. "We are going out there ourselves and delivering the work. We can do it faster, cheaper and better than others."

The newly-established office and production studio at 170 N Sangamon St is now working on projects with Pier 1 and Hulu with plans to announce future projects in the coming weeks.

Peterson is building The Times to evolve with changes in the media landscape. "When Instagram dies in a few years as we shift to become more audio driven, we will help brands go in that direction," he says.

"I wish I could go back into a time machine where big budget films and TV ads were enough,” he adds. "There are better ways to reach today's audiences and brands need help in getting there."