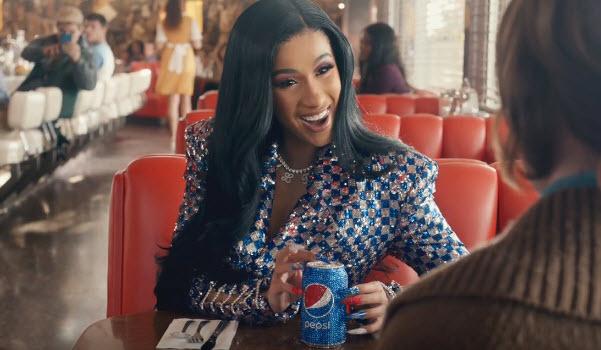 Pepsi, which last week announced that Lil Jon would appear in its Super Bowl ad this year, this morning announced, via two more teaser videos, that Steve Carell and Cardi B will also be featured.

The two new teasers, like the Lil Jon one, are set in a diner, but none of them reveals much about the actual ad’s content.

Carell’s 25-second video (below) shows him laughing heartily as he reads the script for Pepsi’s SB spot.

Cardi B’s teaser — just five seconds long — shows her clicking her nails against a can of Pepsi (as another diner patron in the background snaps a picture of the rap star). The video is dubbed "Cardi B's Diamond Can."

Pepsi says it will continue to dole out more info about the game ad, created by Goodby Silverstein & Partners.