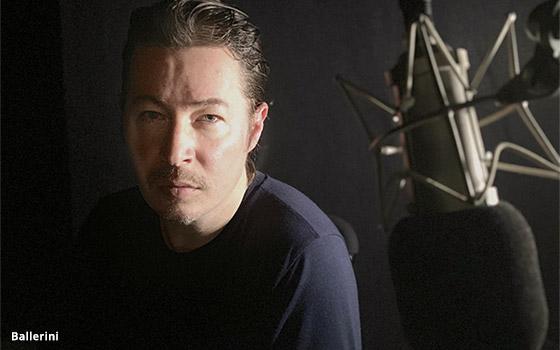 Audiobooks have evolved — and the evolution is both cultural and economic.

Total sales in 2017 hit an estimated $2.5 billion in the U.S, rising 22.7% over the previous year and marking six years of double-digit sales revenue growth, says Michele Cobb, executive director, the Audio Publishers Association. (2018 numbers will be published in June.)

The demographics are ideal for publishers: 54% of audiobook listeners are under 45 and 54% of listeners are female. They listen to an average 15 books per year and 79% also read an ebook.

Audiobooks have also given rise to a new digital phenomenon: the celebrity narrator.

Edoardo Ballerini is a case in point.

He just received his third nomination for the prestigious Audie Award for Best Solo Performance (Male) for Dean Koontz’s “Watchers.”

In fact, he’s recorded more than 250 titles, winning one previous Audie Award for Best Solo Narration (Male) for his performance of Jess Walter’s “Beautiful Ruins,” Harper Audio, beating out Colin Firth and Dustin Hoffman. “Beautiful Ruins” was named Audible’s Audiobook of the Year. In 2018, he also won in the Thriller category for “The Fourth Monkey” by JD Barker, Recorded Books.

“Actors are finding a new outlet for their craft in audiobooks. It’s an unfiltered performance, one-on-one with the listener, playing many characters at a time. Nothing else we do offers that,” says Ballerini, who has appeared in numerous TV recurring roles, including “The Sopranos” and “Boardwalk Empire.”

“We see growth in the number of titles being produced and the use of audiobooks in the home on the smart speaker,” added Cobb. Of the 46,000 audiobooks produced, the most popular genres are mysteries/thrillers/suspense, science fiction and romance.

She credits “excellent marketing by publishers and retailers, the rise of digital devices and a culture of heavy commuting and multitasking” for soaring profits.

Audiobooks are not only a financial win for publishers, they are carving out distinct roles for actors.

Ballerini has sustained an eclectic career, including various films, such as “Dinner Rush” and “Splinters in Time.” “Splinters,” which he produced and starred in, won the New Visions Award at Cinequest Film Festival last year.

Yet he calls recording “My Struggle” the most difficult job in a 23-year acting career.

“With the Karl Ove recordings, people have written me in very personal ways about their experience of listening, which I’ve not gotten from any other project,” he told the Guardian.

His next project debuts February 26, with the release of two Tom Wolfe audiobooks: “The Pump House Gang,” a collection of 1968 essays, and “The Purple Decades,” a selection of his best-known writing from the Sixties and Seventies, both from Audible.

“Technology plays a huge part in the industry’s boom, but today’s audiobook on an iPhone is simply the latest form of an ancient tradition of storytelling,” says Ballerini. “And we clearly still enjoy it.”