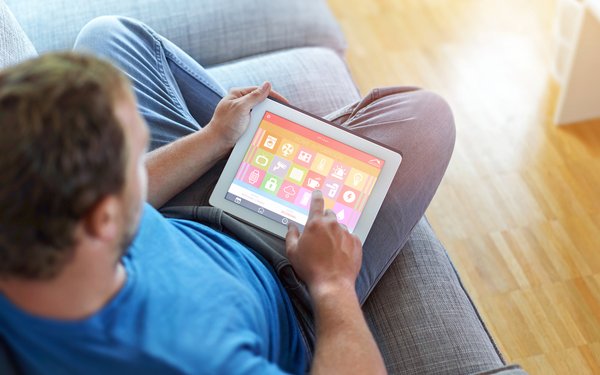 A number of consumers are embracing internet-connected devices significantly more than the general population, according to a new study by MRI.

While the majority (51%) of Americans own at least one smart device, 6% have three or more and it turns out that these 16 million heavy users have a distinct profile.

The majority (60%) of these smart device power users are married, half (51%) have children, the median age is 40 and they are equally likely to be male or female, according to MRI, a division of GfK.

By ownership, a large majority (83%) of smart device power users own a smart TV compared to 36% of the total U.S. population. Most (62%) have a wearable fitness tracker, 53% own a smart home hub, 47% have purchased a smartwatch, 36% have a smart thermostat and 17% have a VR headset.

Other characteristics of these tech-savvy consumers include being influencers, brand loyal, world travelers, experimental, loving to shop, active, intellectually artsy and ad skeptical, according to the MRI report, which is based on its annual Survey of the American Consumer study comprising more than 24,000 in-person interviews.

“The Smart Lifers are the most ripe target for all the newest technologies, but they are only the beginning,” stated Karen Ramspacher, senior vice president of insights and innovation at MRI. “For companies to reach this target and expand beyond it, they need to understand who is currently buying smart tech, how it fits into their lives and what else they own.” 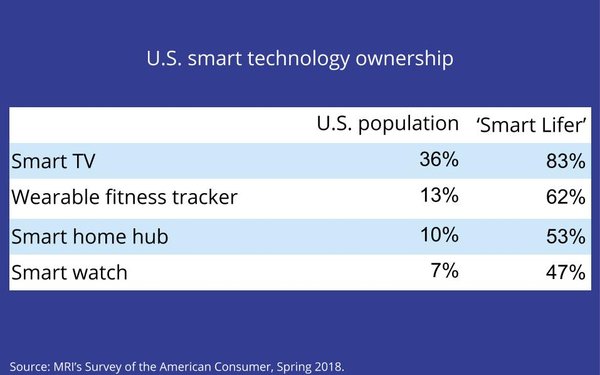