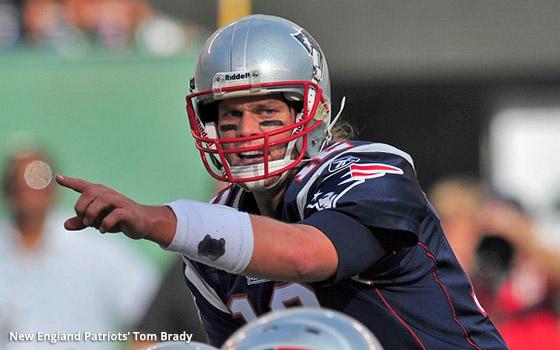 Another Super Bowl is upon us, and with it comes a national holiday that feels quintessentially American.

The holiday is Super Bowl Sunday. It is a secular event that unifies the country in a manner not unlike Thanksgiving. On both days, families and friends get together to eat, and watch football.

Since it is the championship game, the audiences for football are much larger on Super Bowl Sunday, understandably, than on Thanksgiving.

The foundation for this great unifying activity is television. It is the kind of television that usually comes with another word appended to it such as “traditional,” “legacy” or “linear.”

However one chooses to characterize it, so-called traditional TV is nevertheless the place everyone turns to for watching the big game every February. And most of them watch this unique singular telecast on big-screen TVs (does anyone still call them “sets”?) in a home environment.

Although the game is streamed, most people still do not tend to watch it on tiny phone screens while jogging or sipping coffee at Starbucks.

More than any other TV event each year, the Super Bowl is a communal event. People gather in groups to watch it. And even if they are not part of a particular small group, they are participating in a national group experience that encompasses all demographic, ethnic and age groups.

On Super Sunday, almost everyone (or so it seems) is doing the same thing at the same time. This differs markedly from the compartmentalized way in which so many people consume TV or other media today.

This manner of watching television has created so-called hits out of shows whose audiences would have gotten them cancelled not long ago. Moreover, TV shows are watched increasingly according to viewers’ own schedules, and not the networks’. This means the viewing experience today is less and less simultaneous -- or communal -- than it once was.

The more that TV breaks down into these smaller audience pods, the greater the significance of the Super Bowl. It is the last telecast in America that draws what used to be known as a mass audience.

Not that long ago, I used to include the Academy Awards in this kind of a discussion. I often paired the Oscars with the Super Bowl as the two telecasts each year that drew the year's biggest audiences. Although the audiences for each of them were far from the same size, both the Oscars and Super Bowl provided TV's only unifying viewing experiences across all demographic groups.

With the Oscars, this is not the case anymore. This leaves the Super Bowl as the only telecast left in all of television that has this ability. Last March on ABC, the Oscars drew 26.5 million U.S. viewers, the smallest audience it has ever had on TV. The Oscars telecast has been on a downward trend since at least 2013, when it drew 43.74 million.

While the Super Bowl ratings have dipped or increased year-to-year recently, the numbers for the big game have nevertheless remained fairly consistent for years. Last year's victory by the Philadelphia Eagles in Super Bowl LII had an estimated audience of 103.39 million -- down from Super Bowl LI, which had 111.319 million.

Except for last year's game and Super Bowl XLVII in 2013, the game has drawn audiences north of 110 million viewers for six of the past eight years. Clearly, this is one legacy broadcast -- and maybe the only one in all of television -- that is not steadily losing viewers to a thousand other options.

For the time being, no other media colossi have come forward -- such as Amazon, for example -- with a blockbuster bid to wrest the NFL rights away from the traditional broadcast networks. This is due to a variety of factors. But the biggest one would seem to be that the networks and their affiliates provide a platform for the game that the big players in other media cannot match.

It is kind of a miracle, when you stop and think about it. This super-sized sports event is the last great property in legacy TV that is not noticeably affected by the encroachment of new media that has disrupted so many other media sectors.

The Super Bowl even enjoys the distinction of having commercials that people actually watch, pay attention to, and talk about. How great is that?