This Year, Spirits Brands Are In The Super Bowl Race 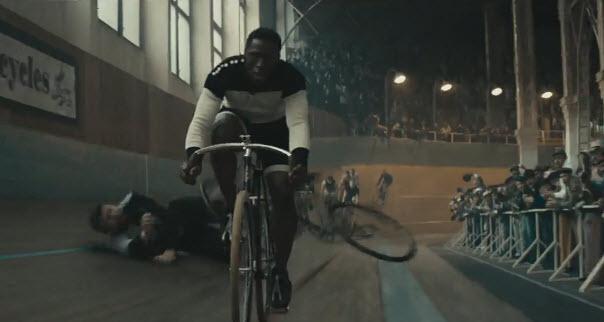 While spirits brands have in theory been able to advertise during the Super Bowl since the NFL updated its advertising rules in 2017, they’ve so far been shut out of national game buys by Anheuser-Busch InBev’s exclusive in-game rights for the entire alcohol category.

But there are other possible advertising plays — as Hennessy, Jack Daniel’s and upstart Tennessee whiskey brand Uncle Nearest are demonstrating.

Now that liquor ads are allowed during the game’s telecast, regional in-game buys are one obvious option.

The creative (still image shown above), from Droga5, is a tribute to Marshall ‘Major’ Taylor, the preeminent bicycle racer at the turn of the 19th century, when that was the world’s biggest sport.

This is the latest ad in Hennessy’s “Wild Rabbit” campaign, featuring real stories of people whose inner drives push them to “Never stop. Never settle.”

The ad’s 60-second version (below) will air during the game in New York, San Francisco, Los Angles, Chicago and Miami, and its 30-second version will air in Philadelphia, Washington D.C., Houston, Dallas, Atlanta, Boston and Las Vegas.

This will be the cognac brand’s first Super Bowl ad buy.

The same is true for Jack Daniel’s, but the iconic Tennessee whiskey brand has chosen a different route: It’s purchased a national 60-second slot toward the end of CBS’s pre-game programming.

JD will be airing its well-received “Our Town” creative featuring the citizens of its hometown, Lynchburg, Tenn., which was originally unveiled back in 2016 for its 150th anniversary.

Meanwhile, Uncle Nearest 1856 Premium Whiskey — a relatively unknown Tennessee whiskey launched in 2017 and named after the first known African-American master distiller (said to have mentored Jack Daniel back in the day) — is taking another route to reaching Super Bowl fans.

The brand made a national 60-second buy during the post-game special edition of “The Late Show with Stephen Colbert” that will follow Sunday’s game.

The creative for the brand’s first national TV campaign (below) — narrated by and featuring actor Jeffrey Wright — shows the brand’s team members crisscrossing the country to offer tastings and bring Uncle Nearest’s story to bars, restaurants and consumers.

After Sunday, the ad, called “The Why,” will continue to air, with an emphasis on late-night talk shows and programming.