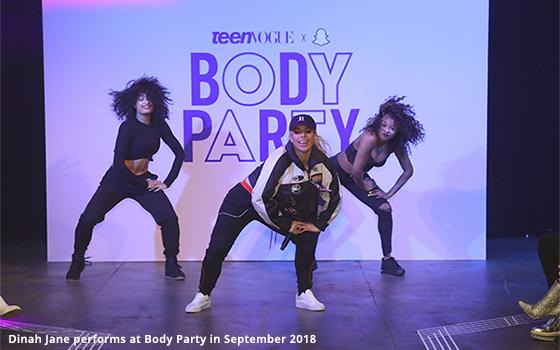 Teen Vogue has partnered with Snap on two events this year, the Young Hollywood party and Body Party.

This is the second time Snap has partnered with the magazine brand on Body Party, but the first time it is teaming up with Teen Vogue on the Young Hollywood party, dedicated to young Hollywood stars.

The invitation-only event will take place the Friday, February 15 at the Los Angeles Theatre.

“Young Hollywood” is Teen Vogue’s longest-running editorial franchise, which has been in existence since the title launched in 2003. The corresponding party was held annually, but went on a hiatus the past two years.

Now that it’s back with Snap as a partner, this year’s event is “Teen Vogue's largest experiential deal ever," stated Graybill.
This will be the first Young Hollywood Party under editor-in-chief Lindsay Peoples Wagner, who rejoined Teen Vogue in October.

Teen Vogue's annual young Hollywood selections are featured in a dedicated Young Hollywood editorial package. This year's cover stars will be revealed in an upcoming edition of Teen Vogue on Snapchat Discover as well.

The 2019 parties will feature Snap branding, signage and activations.