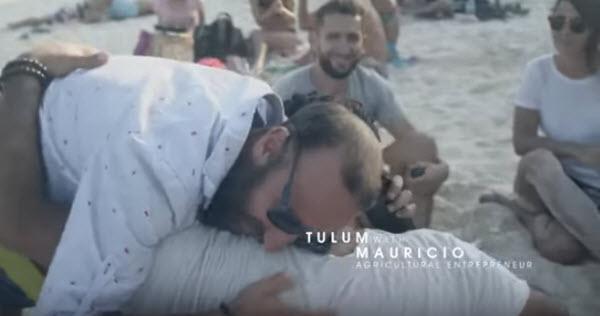 Wine and spirits giant Pernod Ricard -- home of Absolut, Chivas Regal and many other brands -- has launched its first global corporate campaign, featuring a documentary-style film and a partnership with Vice.

The campaign, an extension of the company’s longstanding “Creators of Conviviality” mission statement, is themed “Be a Convivialist.”

The objective is to urge customers, consumers and employees to “reverse the negative trends in genuine, real-world connectivity we see around the world by exercising more conviviality in our lives every day,” in Pernod Ricard’s words.

“There’s a real yearning for connection and sharing in today’s world,” Pernod Ricard chairman and CEO Alexandre Ricard tells Marketing Daily. “Convivialité…echoes the lifelong motto of my grandfather Paul Ricard, who launched an invitation to all his employees to ‘make a new friend every day.’”

The campaign’s centerpiece 10-minutes-plus film, “The Power of Convivialité” (below), was directed by Elephant At Work. It consists of footage of “convivial experiences” filmed in 12 destinations around the world, such as millennials meeting in a karaoke bar in Shanghai, and friends enjoying time together at a a beach aperitif in Tulum (above), a bar in Brooklyn, a wedding in Goa, and a New Year’s Eve gathering in Berlin.

A dedicated campaign website offers the film, profiles of the people in the film, the survey’s results, more content and a “manifesto for a more convivial world.”

Vice is promoting and distributing content from the film on several of its social networks, with focus on the United States, the United Kingdom and China.

Vice also worked with Pernod Ricard on a content series featuring footage of people from around the world who help bring people in their communities together, by reporter Laurence Cornet and photographer Stéphane Lavoué.

As part of the campaign, Pernod Ricard will also host conviviality-themed events around the world, and work with influencers within the spirits category.