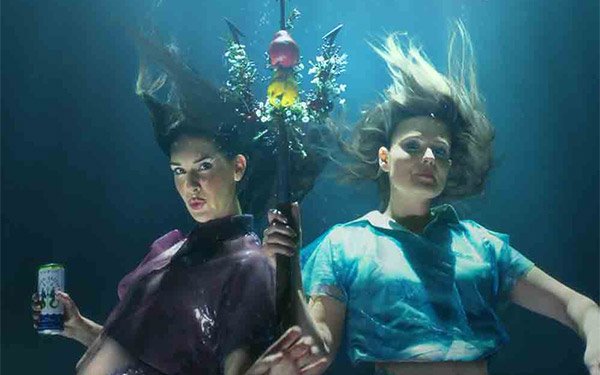 When it comes to sex harassment and other gender issues plaguing the industry, adland loves to pat itself on the back for its attempted solutions and some progress. The number of female creative directors has increased from 3% to 11%. There has been a spike in the number of women-directed campaigns. Messaging has even transitioned toward female empowerment.

Yet the scandal involving Anheuser-Busch's Bon & Viv's Super Bowl spot underscores the fact that much work remains to be done. It’s also a reminder of how good players in the business are at playing the blame game.

The controversy was first sparked when actress Ingrid Haas published an essay on Vice in December titled “My Bikini Audition From Hell Shows How Little Hollywood Has Changed.”

She described what she felt was a highly exploitative and sexist audition for a commercial calling for actresses to play mermaids for an unnamed alcohol brand. (Haas' article concealed identifying details like the creative agency, director, production shop, or casting agency hosting the audition.

The NY Times, however, revealed that the brand was actually A-B's Bon & Viv hard seltzer brand whose Super Bowl spot "The Pitch" featured two women, clad in cropped short-sleeved collared shirts — instead of traditional mermaid bikini attire — pitching the beverage to a group of talking sharks under the sea.

But it seems no one responsible for the ad's creation wants to take ownership of this audition. Bullish, the creative agency overseeing the spot, passed the baton of responsibility by referring all comments to client A-B.

A-B admitted that its ad was the subject of Haas’ Vice article. The author’s experience was "completely unacceptable and goes against everything that our brand and company stand for," said Chelsea Phillips, vice president, Beyond Beer, A-B. "I regret that this individual had this experience. Anheuser-Busch does not tolerate any discriminatory or demeaning behavior."

However, A-B also deflects the blame. "I reached out to the production company who produced the commercial, because we hold our business partners to this same standard," Phillips said in the email.

That production company, Stink Films, and the director collective behind the spot, Traktor, admit no wrongdoing on their part, while also proclaiming the behavior abhorrent.

“Stink and Traktor do not tolerate sexual harassment of any kind. No one should be made to feel uncomfortable, and we expect all collaborators and contractors to act respectfully. Furthermore, we will not be working with the individual at the casting agency involved in the commercial shoot described in the Vice article again.”

Stink Films had worked with Broad-Cast, who said in a statement to The NY Times that the casting firm would no longer work with the individual described in the essay. That individual in question has not been identified, although Haas described him in her article as MB, referring to his preference to wear his long hair in a man bun.

Dan Cowan, the owner of Broad-Cast, said in the email to The NY Times that he does "not tolerate any behavior that would make someone feel rushed or uncomfortable.”

He added that he had cast actors in more than 3,500 ads in 25 years and had not previously faced allegations of impropriety. “I have reviewed this internally with my staff to continue to make my office a welcoming environment where every actor feels safe," he said to the Times.

It is hard to believe that only one person — Mr. MB — could have acted so reprehensibly without anyone else around to question his behavior — particularly with regard to a high-profile Super Bowl spot.

This game of passing the buck illustrates how difficult it can be for advertisers to closely monitor how their ads are made, the Times writes.

Even Haas admits in her essay that "the process of changing how the industry works isn’t quick. It’s going to take agents calling and saying NO, actors passing on projects, directors changing the copy and ultimately not expecting anyone else to do the work for you."

Female Adland leaders have another solution: diversity. "Having women involved at every level of production from casting to creative is essential," says Meryl Draper, CEO, Quirk Creative. "And anytime you have women auditioning in bikinis, you need to have women decision-makers in the room. Full stop."

The 3% Movement's founder/CEO Kat Gordon stresses how important it is for companies to have at least have 25% women in their C-suites. "The culture of the company becomes more inclusive in a way that almost seems like a form of self-correction," she says.

Haas concurs that more women in positions of authority would help prevent the kind of intolerable experience that she endured. "It takes a lot of people to make anything for TV," she wrote. "This happened because there weren’t any women in power on this job or no women who felt secure enough in their position to say, 'No, these actors shouldn’t have to do that.'"

Gordon adds that what is interesting about this Bon & Viv story is not so much "who is man bun and how did he get hired?" but "who are all the companies who backed this project and what are they telegraphing about acceptable behavior by virtue of their own leadership composition.”

Gordon points out that  the "ironic" scenario that a product that was branded to lure female consumers with the name of two women (Bon & Viv) is actually founded by a white man (Nick Shields).

"What if instead, in their attempt to gain favor with female consumers via a new product, Anheuser-Busch had launched a brand truly founded by women and let the female founders infuse the branding and messaging with their true stories?" says Gordon. "I guarantee this wouldn't have happened."