While Accordant has continued to operate as a freestanding offering to pre-existing and new clients independent of the rest of DAN, founders Art Muldoon and Matt Greitzer have increasingly spent most of the past two years focusing more on their broader role as co-CEOs of Amnet, the programmatic technology and data division of DAN that services its other client-facing agencies.

Rice and Baumgaertner were vice presidents of Accordant, and report to Vreeland, who previously was chief revenue officer.

In a related move, Muldoon and Greitzer promoted several Amnet executives, including:

The new structure accomplishes two things, according to Muldoon and Greitzer.

First, it grooms a second generation of senior managers in both Accordant and Amnet. Secondly, it signals that Accordant is ready for a little more independent business. 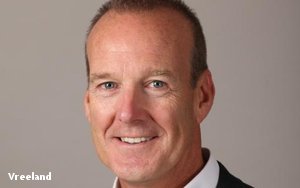