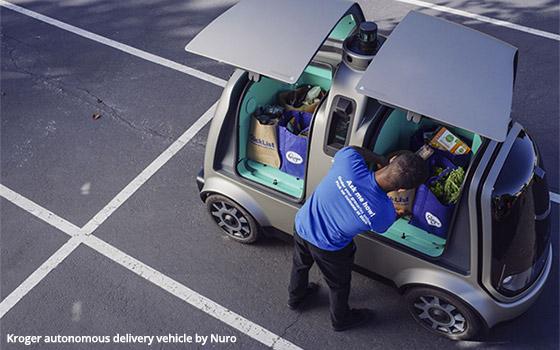 The road to autonomous vehicles is heating up, but the action -- smartly -- is starting to focus on moving things rather than people.

Companies like Kroger, 1-800-Flowers, Softbank and Amazon get this, since they all are involved in exploring autonomous technology for deliveries.

Serious money is heading that way as well:

There are other deals in addition to the funding of autonomous startups.

For example, Volvo Trucks has a deal to provide self-driving trucks for the automatic transportation of limestone for Bronnoy Kalk AS in Norway. Last year, Waymo and its parent Google took their self-driving trucks to Georgia for a pilot carrying cargo bound for Google’s data centers.

Various companies are also experimenting with autonomous delivery of things they sell. For example, 1-800-Flowers tested robots from Starship Technologies to deliver flowers with the small self-driving vehicles and Kroger has started the unmanned delivery of groceries to the general public with the R1, Nuro’s unmanned vehicle.

Getting people into self-driving cars is problematic, even if there were fully autonomous vehicles they could use.

Things are much easier.