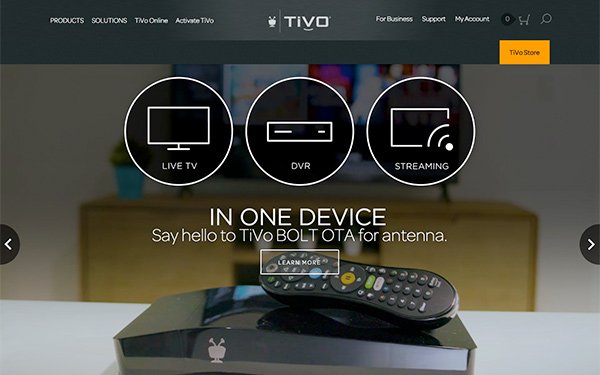 As it continues to review “strategic alternatives” for the company, TiVo posted sharply lower revenues in the fourth quarter.

The entertainment program guide/TV time-shifting platform company saw revenue decline 21% in the quarter to $168.5 million. It says it is in “ongoing discussions regarding potential strategic options or transactions for each of our product and IP licensing businesses.”

TiVo saw a 4% decline in product revenue -- which include platform and software sales -- to $96.5 million. The company says there was a “decrease in hardware revenue, as a result of the planned transition of our MSO [cable operating] partners and retail customers to deploying the TiVo service on third-party hardware.”

TiVo continues to be in litigation with Comcast Corp over patent issues.

Says Eric Wold, media analyst at B.Riley FBR: “With TIVo shares down more than 20% since the strategic review was announced  [February 2018] and down around 50% since litigation against Comcast was first announced [April 2016], we believe TiVo shares reflect a zero probability of either a positive outcome from the strategic review or a successful settlement/license with Comcast— which we continue to believe is the wrong stance to take.”