Who's On 'Unified First?' According To Google, You Will Be 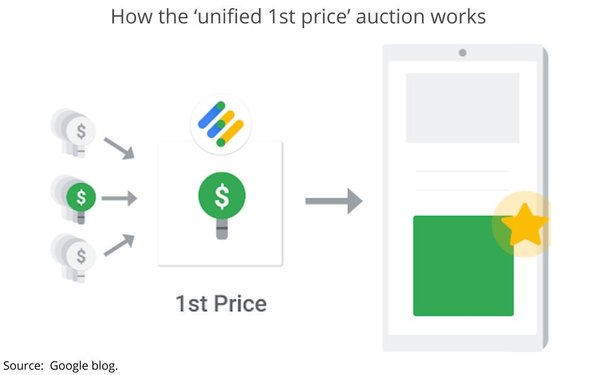 The move replaces the long-standing second price auction model, which helped jump-start programmatic digital media-buying in its early days, by giving advertisers and agencies confidence that they wouldn’t overpay for a bid.

In a second-price auction -- best known as the method utilized by eBay -- the highest bidder pays only one cent more more than the second-highest bid made for biddable inventory on an exchange.

“In order to help simplify programmatic for our partners, in the coming months we’ll start to transition publisher inventory to a unified first price auction for Google Ad Manager,” he said, adding: “We expect the transition to be complete by the end of this year. By switching to a single first price auction, we can help reduce complexity and create a fair and transparent market for everyone.”

Cox said Google wants to give the marketplace “time to prepare over the next few months before we start testing,” so that the supply-side, especially -- publishers and app developers -- can “rethink how they use price floors.”

He added that the shift to what Google is dubbing a “single unified first price auction” initially will only impact display and video inventory offered via Ad Manager, and will not impact how Google auctions inventory on Google Search, AdSense for Search, YouTube or other Google properties.

Advertisers and agencies using Google Ads or Display & Video 360 “do not need to take any action,” he said.

Google’s move essentially makes the transition to first price digital display and video a fait accompli, and others are expected to follow suit.

It’s not clear exactly when a grassroots shift in this direction began, but in 2017, another exchange, OpenX, conducted a series of tests using its own money to bid for inventory on other third-party exchanges and detected many of them were, in effect, utilizing “shadow” first price auctions. Most importantly, OpenX found those shadowy players were “winning” bids and sucking up market share.

At that time, OpenX launched a new product enabling customers to choose whichever auction model they wanted to utilize -- first or second price -- and not long after that, Interpublic’s Magna unit came out with a report advocating a whole-hearted shift to first-price auction models for Interpublic agencies and their clients.

Magna said the evolution was inevitable due to other developments that were already maturing the programmatic marketplace in the direction, especially the emergence of so-called “header bidding,” as well as the industry’s adoption of ads.txt to ensure greater brand safety when acquiring programmatic inventory.

“Changing programmatic buying auctions from a second price system to a first price system may sound like an arcane and minor detail, but the consequences of this shift will be far reaching, and the impact on price, supply, and fees will be felt for years to come,” the agency wrote in a report advocating the shift. 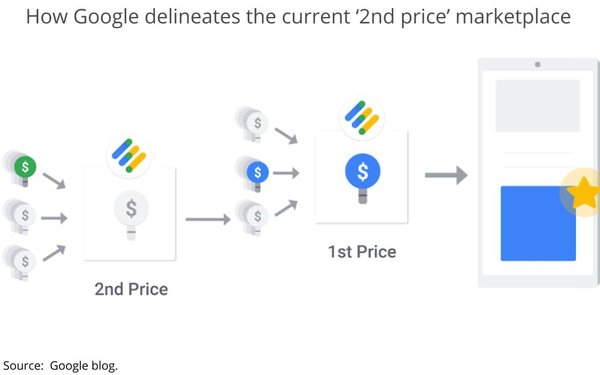