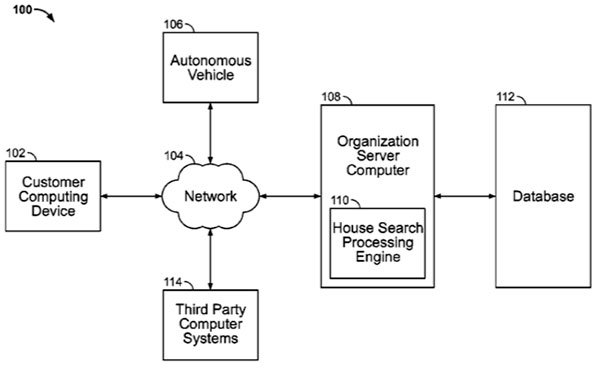 Wells Fargo Bank has been granted a patent for using a self-driving car to take potential home buyers to see houses for sale.

The patent, “Property Hunting in an Autonomous Vehicle,” describes how an autonomous vehicle would display houses for sale on a screen in the car, identify routes from the current geolocation of the vehicle to the houses selected and automatically drive to the first house on the route.

The vehicle also would determine the optimized route to the next home after the first one is seen.

Houses displayed would be those that the person in the vehicle is prequalified to purchase.