The Complicated Ins And Outs Of Data And Privacy Regulation 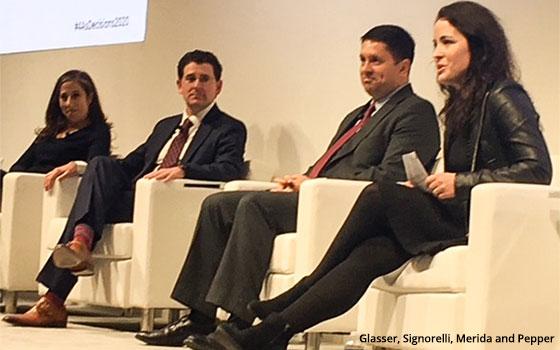 Merida posited that the California bill is a "compliance nightmare" as his company attempts to adjust to a law that was "thrown together in a week." Some of the privacy rights may create a litigious environment, he says. "We are still trying to figure it out."

"We are moving quickly to where we are going to have 50 different data collection and usage regulations," says Signorelli. Such as a patchwork of data standards will not work, he asserts.

“You can fly out of JFK under one set of guidelines, get off at [San Francisco] and be under an entirely different set of regulations.”

Adds Glasser: “There is no attempt for consensus. It is impossible to work across."

Although other states are "taking a bit more time" than California to introduce their own respective bills, this individual approach is causing a lot of frustration among those impacted by the outcomes.

Concurrently, federal legislators are also working on their own policies. These policies are broader than state laws since they need to encompass all individual state laws as well as address business industry demands.

The states and the federal government are tackling this topic from two separate positions. The CPPA seeks more disclosure and notification, while Washington mirrors Europe’s GDPR with more opt-in and opt-out requirements, explains Glasser.

The Feds and the states are setting up a race to see which body of law will ultimately reign supreme. Every time a state passes its own privacy law that state's Congress becomes protective and far more vested in protecting its own bills, says Signorelli.

Panelists agree a federal law preemption will make things easier, but the end goal is a strong national policy that protects consumers, but also recognizes the benefits of living in a connected and digital world.

“What we need to do as an industry right now is to come together with consensus to help to build momentum,” says Glasser. “The first step is to develop a solid framework that protects consumers but still recognizes the business need. There is a lot of opportunity to meet in the middle."