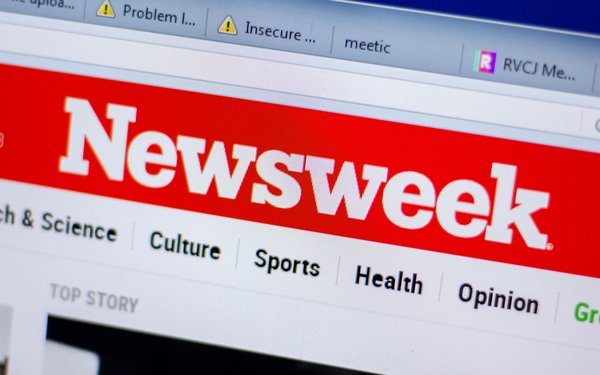 Following its split from IBT last October, Newsweek was set with the task of reasserting itself as a trusted, independent news and culture source. The publication is now owned by Jonathan Davis and Dev Pragad.

“We are building on the 85 years heritage of Newsweek and the authenticity that is inherent in the brand,” Pragad told Publishers Daily. “Newsweek today is a completely standalone entity, and we are not focused on any of the affiliations that Newsweek had in the past — IBT, Daily Beast or The Washington Post.”

The outlet reported it has achieved recertification to TAG’s “Certified Against Fraud” program from BPA Worldwide. The recertification is independent and conducted by a third party.

Richard Murphy, executive vice president of technology awareness at BPA Worldwide, said of the rigorous process: “We take a deep dive into the policies, processes and controls in place to identify and filter invalid traffic. Companies volunteering for independent validation make a significant investment to provide the market with full transparency and elevated assurance.”

TAG’s CEO Mike Zaneis added that many trusted partners see an increase in marketing spend following certification. “Companies like Newsweek that have made the commitment to achieving our high standards are now seen as leaders on brand safety. Marketers know that their ad spend will be better protected by working with these entities.”

Pragad says Newsweek expects its direct advertising to grow by more than 100% this year.

In fact, Newsweek’s recent uptick in year-over-year audience numbers is expected to help grow revenue. On average, the outlet counted over 32 million unique monthly visitors in 2018, with October showing a 17% uptick over 2017, January a 15% uptick over 2018 and February a 13% uptick over 2018.

Newsweek is also considering how to diversify its revenue streams, though that has led to difficult decisions, such as sizing “the company so that we are profitable primarily with premium programmatic ad revenue aided by subscription and licensing business,” said Pragad.

“This allows us to be nimble enough to conduct multiple experiments and see what works and what doesn’t and adapt,” he added. The company is actively working with leading partners, such as the SSP PubMatic, on growing its programmatic advertising revenue.