4As Case Study: Audi's Effort To Move The Needle In The U.S. 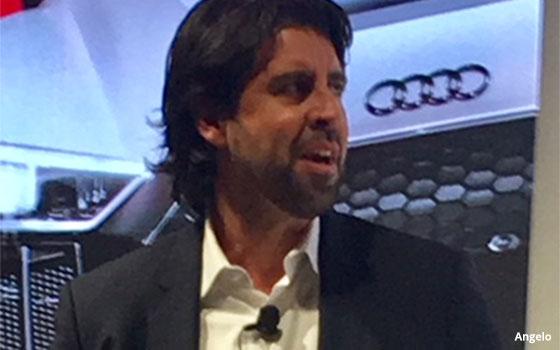 Audi has had a pretty rocky history in the U.S., admitted Loren Angelo, vice president, marketing, Audi of America, during a 4As Decisions 20/20 Forum.

"We were dead last in many of our brand measurements," he stated. "This is not where you want to be."

Audis were "traded on price." When you "couldn't afford the BMW or Benz," you thought, maybe "I will get the Audi."

Marketing budgets were likely a factor. Ten years ago, Mercedes Benz and Lexus outspent Audi two to one in marketing dollars.

But there was also a perception problem. Affluent drives want a sense of affirmation, Agelo said. “When they pull up at the country club, they want someone to gawk in amazement.” And the country club set wasn’t gawking at Audis.

In a bid to turn things around, Audi threw away its game plan to carve a new brand identity. It zeroed in on future-focused concepts, like electric, connected and autonomous.

"There is a new luxury choice in town," asserted Angelo as he outlined the new strategy. “No one in America knew about our racing heritage or LED lighting technology. Every maker has these lights now, but instead of just promoting how cool they looked, our messaging touted the safety standards and longevity to last the lifetime of the vehicle.”

As for budgets, Audi was hard-pressed to outspend the competition, so it prioritized sponsorships that would leverage additional PR or social-media chatter. “We have to say no to a lot of properties because the opportunities don't necessarily ensure we will stand out beyond the straight media buy,” he said.