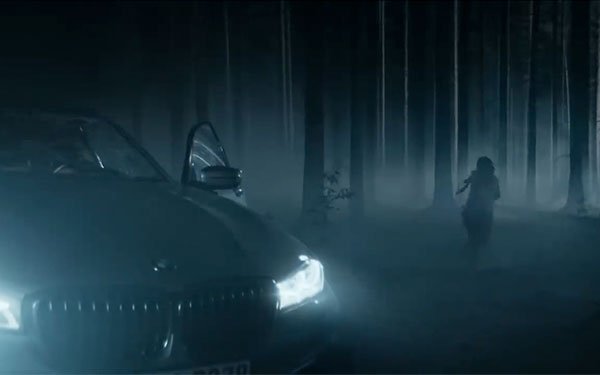 To promote its efforts of creating self-driving features in its cars, BMW created a video of one of its future vehicles meeting up with a ghost.

The video clip features a BMW 7 Series driving through a misty forest, aiming to show that “the future of driving is nothing to be afraid of.”

As the car travel through the forest at night, a spooky-looking creature appears on the road ahead. The car, presumably using LiDAR technology and an automatic braking feature, stops to avoid hitting the creature.

The creature approaches the car, opens the door, and is frightened away by there being no driver in the vehicle.

“This video is the only thing that should scare you about autonomous driving,” states BMW.

The carmaker is working on its future car features at the BMW Autonomous Driving Campus.

automotive, iot
1 comment about "Driverless BMW Scares A Ghost".
Check to receive email when comments are posted.
Next story loading