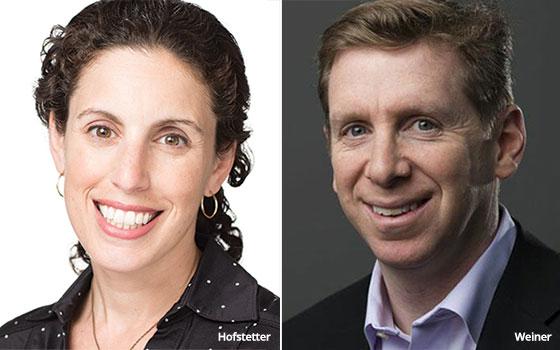 In mid-day Monday morning trading, Comscore stock was at $15.65. Its stock is down 34% since the start of the year.

Over the weekend, the company announced the departures of Bryan Wiener as CEO and Sarah Hofstetter as president. Wiener cited “irreconcilable differences” with Comscore’s board and its strategic direction as the reason for his exit. Hofstetter made a similar statement.

The moves come nearly a year after Wiener left as founder-CEO of 360i to join Comscore, and just months after 360i cofounder Hofstetter followed him.

Dale Fuller, currently a director, will serve as interim CEO, as ComScore launches a search to find a permanent CEO among internal and external candidates. Reports say there are no immediate plans to fill Hofstetter's position.

As a part of the announcement, ComScore said it added Irwin Gotlieb, Joanne Bradford and Kathi Love to its board.

In 2016, Comscore revealed massive accounting discrepancies, in which revenue was overstated by $127 million, forcing an investigation by the Securities and Exchange Commission.

ComScore said preliminary first-quarter 2019 revenue is expected at $100 million to $104 million, under analysts' consensus for $106 million.