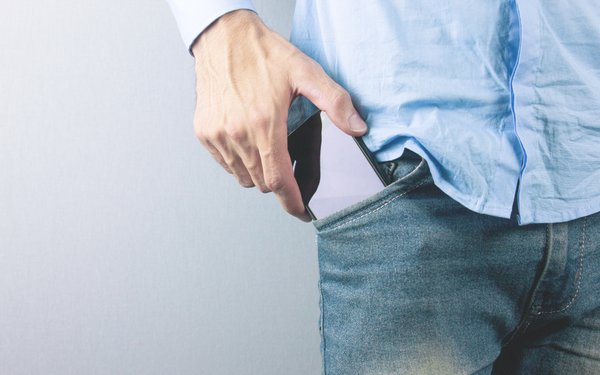 Nearly half of U.S. consumers (45%) have taken steps in the past year to shrink their digital footprint. The major reason: A lack of trust that businesses holding their personal data will protect their privacy. 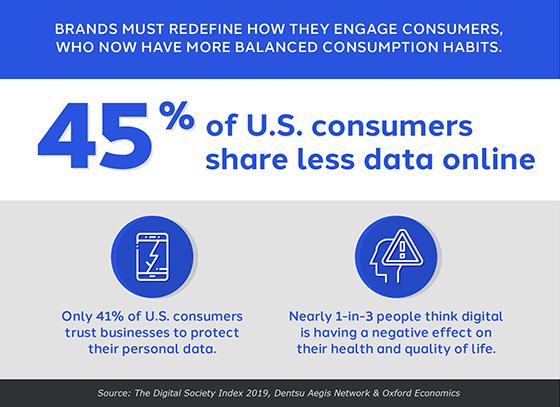 Also, 72% of have taken some step to limit their digital activities, 24% have installed ad blockers and 12% have deactivated a social media account.

That’s according to a new global study issued today on consumers and the digital life from Dentsu Aegis Network that polled 43,000 people in conjunction with Oxford Economics.

The study found that the U.S. has the most dynamic digital economy followed by Singapore, the United Kingdom and Germany.

That said, in addition to widespread skepticism that businesses will protect privacy, there is growing concern about the impact of digital on health and quality of life: Only 30% of those polled in the U.S. feel digital positively impacts their health and well-being, compared to 44% globally.

And most Americans (60%) believe that social media has had a negative impact on political discourse. That’s 15% higher than the global average.

There’s also a feeling that basic digital needs (like trust in data use) are not being well addressed. Only about half of those polled feel that digital is helping to achieve personal goals like skill building, and achieving higher education levels and landing jobs.

Despite those concerns however, about two-thirds of Americans believe the positive impact of digital technology has on society outweighs the negative impact.

Herbert said marketers and agencies must “embrace consumers’ evolving attitudes towards trust and transparency … so we can better meet consumer needs and effectively engage them. This will help to not only build stronger brands and stronger relationships, but also a stronger society where of optimism and opportunity can thrive.”