The Hartford Gets A Brand Makeover 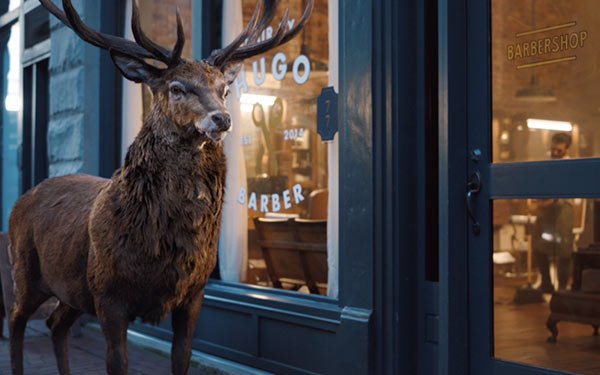 Following in the footsteps of Smokey Bear, whose new campaign finds him saying more than a few words after 75 years, The Hartford is giving the brand's historic icon, The Hartford Buck, a personality for the first time.  He first started appearing in TV ads in the 1970s.

This newly anthropomorphized deer is part of the financial institution's comprehensive makeover, led by agency Terri & Sandy, which won the Hartford ad account last May.

The new “The Buck’s Got Your Back" tagline seeks to emphasize "human achievement" by promoting the company's altruistic actions.

“People are increasingly looking to engage with purpose-driven companies and throughout our history, our purpose has been to protect and enable human achievement,” says Kathy Bromage, Chief Marketing and Communications Officer for The Hartford.

First up, the "Nothing Small" creative features a male voiceover talking about select small business owners and their companies. Ads in the campaign end by revealing the revamped Buck is the one doing the talking. The CGI for the Buck was handled by The Mill, and Filip Engstrom of Smuggler directed the work.

“We believe by reintroducing him, we will increase the memorability of our advertising and brand promise,” says Bromage. She adds that while the new commercials focus on small business, "this is the promise we make to all of our customers across all of our business lines.”

The new spots will air on cable news stations, such as CNN, Fox Business Network, CNBC, Bloomberg and MSNBC, as well as streaming services, such as Roku and Hulu.

Facets of the new campaign will also appear in print, digital and social media. There is also a new website, designed to be more mobile and user-friendly.