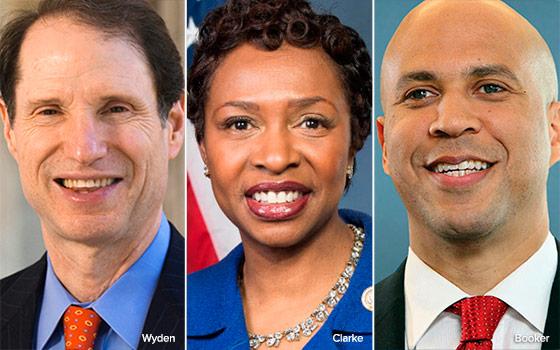 A bill proposed Wednesday aims to curb the use of algorithms that may result in discrimination, unfairness or other harms.

The Algorithmic Accountability Act, introduced by Sens. Ron Wyden (D-Oregon), Cory Booker (D-N.J.) and Rep. Yvette D. Clarke (D-N.Y.), would require companies to study whether their algorithms pose risks to privacy, as well as whether they may result in inaccurate, unfair or discriminatory decisions.

“Computers are increasingly involved in the most important decisions affecting Americans’ lives,” Wyden stated Wednesday. “But instead of eliminating bias, too often these algorithms depend on biased assumptions or data that can actually reinforce discrimination against women and people of color.”

Among other provisions, the proposal would authorize the Federal Trade Commission to issue regulations requiring companies to evaluate automated systems. The mandates would apply to companies with revenue of more than $50 million per year, and to data brokers with information about more than 1 million consumers.

The bill comes as tech companies are increasingly under scrutiny over their use of automation. Last month, the U.S. Department of Housing and Urban Development said in a complaint that Facebook's ad delivery system discriminates based on characteristics like race and gender -- even when advertisers don't want to do so.

Researchers from Northeastern University, the University of Southern California, and the advocacy group Upturn also said in a paper released last week that Facebook's ad-delivery system appears to send ads to users based on stereotypes.