58% Check Their Phones While Driving 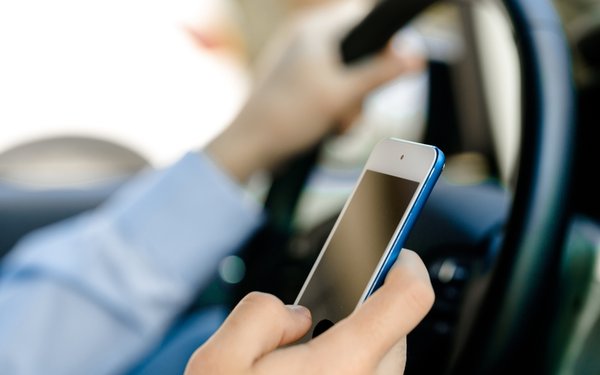 Most drivers are concerned about other distracted drivers who may be texting on their phones, but it turns out most of them are guilty of the same thing.

The top two concerns of people when driving are distracted drivers on the road (70%) and drunk drivers (45%), according to a new study.

However, the majority (58%) of drivers say they check their mobile device while driving.

Another study released earlier this month found that the number of drivers distracted by smartphones increased over the last year, as I wrote about here at the time  ("Heavy Phone Users Found More Dangerous Than Drunk Drivers"). That study, by Zendrive, found that the majority (85%) of drivers acknowledge that distracted driving is a problem but nearly half (47%) say they use their phones 10% or more of their time while driving.

The Wakefield Research study found that the majority (52%) of drivers who check their mobile device while driving would most likely turn their attention away from the road and to their mobile device for a group chat, such as a text or email chain with multiple people.

Phone use in cars seems relatively high, with 59% saying they have talked on the phone while driving, while 51% have used maps or navigation and 39% have texted.

Of drivers who check their mobile device while driving, 63% are most distracted by text messages and 33% by GPS, such as Google Maps or Waze. The average amount of time these drivers spend looking at their phone while driving is 13 minutes.

Drivers also seem aware that using their phone while driving could get them into trouble, as 83% usually put down their phone when they see law enforcement.

An interesting tidbit in the study is that 90% of drivers consider themselves better drivers that those who drive for Uber or Lyft.

Of parents, more than a third (38%) have had their child ask them to stop using their phone while driving.