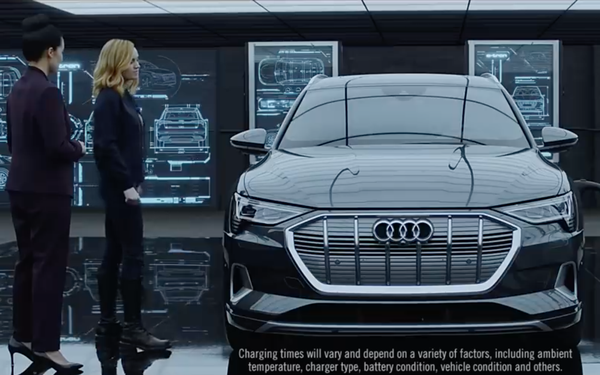 Captain Marvel is back to help the Avengers battle for the fate of the universe. But first, she’s got to get debriefed in what she missed, from fads to food to tech, including the fully electric Audi e-tron SUV.

The humorous two-minute-and-25-second  digital short, “The Debriefing,” posted April 18 on YouTube, has already been viewed more than 1.2 million times. It features a government agent telling actress Brie Larson as Captain Marvel about what's been happening in the 21st century. In her efforts to embrace the future, Captain Marvel is introduced to the all-new Audi e-tron SUV and takes it for a spin. One caution the agent notes: “Speed limits are still a thing.”

Audi has worked with Marvel for over a decade, showcasing the brand's tech evolution alongside the universe’s greatest superheroes -- first with the Iron Man film franchise, and then expanding to Spider-Man, Ant-Man, Captain America and the Avengers.