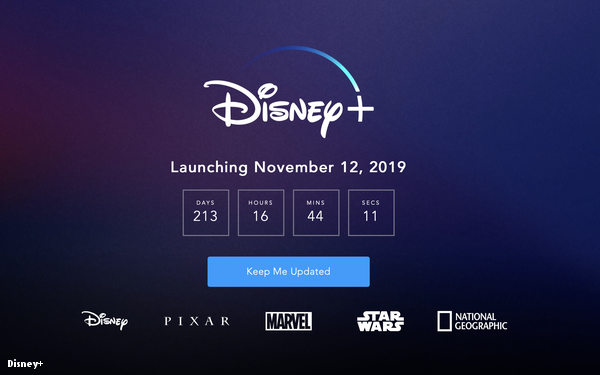 A funny thing happened in the past two weeks.

First, Disney pulled back the curtain on Disney+, its direct-to-consumer streaming video offering, which will be priced aggressively at $7 per month when it launches in November.

Then, Netflix quietly said it would make a shift toward profitability starting in 2020, leveraging its recent price hikes to pay down debt. The company has spent years securing investor cash to bulk up its content offerings, and now it plans to shift toward monetization.

These two announcements may not seem related, but they are connected by the fact that Netflix, with its multi-year head start on the competition, believes it will be able to monetize streaming before its competitors.

Disney is gunning not necessarily to be a Netflix replacement but to be a companion, with the two companies providing so much value for less than the $20 per month that consumers will have little incentive to subscribe to upcoming offerings from WarnerMedia, Quibi, or NBCUniversal.

The Disney+ announcement -- which not only included the attention-grabbing price, but also the surprise inclusion of “The Simpsons” -- was a clear shot across the bow to WarnerMedia, which will release its yet-to-be-named service later this year, built around content from HBO and other Turner networks. With HBO already costing $15 per month, however, Disney just made Warner’s pricing strategy that much more difficult.

Comcast’s NBCUniversal, meanwhile, is taking an entirely different approach, offering its service for free to Comcast and Sky subscribers, and for a fee to all others. Once again, however, Disney is applying pricing pressure on a service that may not launch for a year.

The interesting thing is that Disney is applying its pressure despite its service being so much smaller than its competitors. Ampere Analysis says Disney+’s catalog will be just 16% of the size of Netflix’s, and a smaller catalog than Hulu and even CBS All Access.

So why is it poised to work? Quality. Ampere’s research suggested that Disney’s content was perceived to be of higher quality than both Netflix and Amazon Prime Video.

As the streaming landscape becomes ever more crowded, individual services will need to differentiate themselves and present a clear value proposition to consumers.

Netflix has established itself as the “everything service” -- a place for, in the words of Netflix CEO Reed Hastings, “comfort food.” Disney, meanwhile, is preparing to enter the market as a place for higher-quality fare, including top-tier films and big-budget TV.

So where does that leave WarnerMedia and NBCUniversal? These companies will need to define their brands, and their prices, before consumers get too comfortable with the streaming offerings on hand.