Walmart's Vudu Positions Itself As 'Sleeping Giant' Of Digital Entertainment 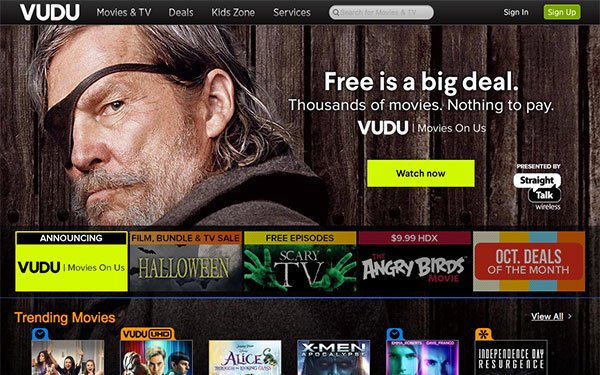 The company leaned on its own first-party data, massive U.S. scale and even a slate of original shows to convince marketers to shift ad dollars to its platform.

The company announced it would roll out the Vudu Audience Extension on July 1. This ad network will use Walmart's first-party data, as well as third-party data from Nielsen and others, to offer targeted, dynamic ad buys on Vudu and other streaming services on the network. The company says it will reach more than 50% of U.S. households at launch.

Vudu also rolled out a slate of original programming, with a twist. The company will focus on the heartland -- the cities in between New York and Los Angeles.

Said Julian Franco, the head of Vudu’s ad-supported offering: “There is a big blank space in between New York and LA, and we think that is our sweet spot.”

Franco said the company has dozens of projects in development, focusing in four key genres: preschool-age programming, kids and family, co-viewing, and what the company calls “parents programming.”

Among the shows announced Wednesday were a reboot of “Blue’s Clues,” which will debut on Vudu before it airs on Nickelodeon, a family adventure movie called “Adventure Force 5,” and a new docs-series from Randy Jackson and Queen Latifah. The company also ordered a series from entertainment publisher Variety called “Variety’s First Look.”

After the presentation, attendees tested out the company’s stoppable ads product, which lets users add a product directly to their Walmart shopping cart from an ad.

One attendee, a media buyer who represented a large CPG brand, told Digital News Daily he was impressed and looked forward to seeing what data Walmart could bring to the table to boost their sales.