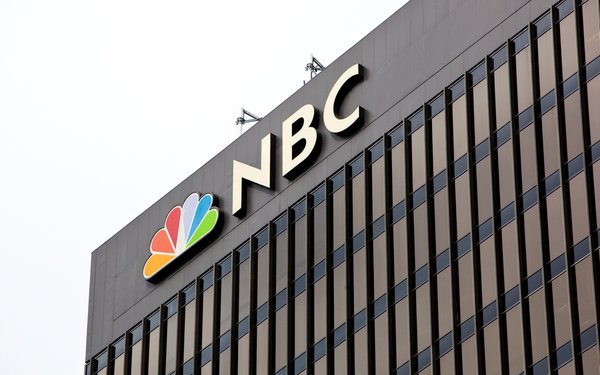 NBC is nearing another seasonal TV ratings win among key 18-49 viewers -- even without the Super Bowl and Olympics of a year ago. This is its fifth win in six years.

At the same time, NBC was significantly lower in that measure -- as well as for total overall viewers -- versus the year before. It also lost ground in the mid-single-digit percentages -- as did other big networks -- when taking out live news and sports programming.

NBC averaged a 2.2 18-49 rating of a year ago, when it had the Super Bowl and Winter Olympics.

CBS and Fox tied for second place with a 1.5 rating -- both the same versus a year ago. CBS aired the Super Bowl this year. Also this year, Fox added 11 weeks worth of the big-rated NFL "Thursday Night Football" series.

Looking at a more even playing field -- taking out live news and sports programming -- NBC, CBS and ABC were down 6% to 8% for all their entertainment programming with CBS at 8.2 million viewers (falling 6%); NBC at 6.7 million (also dropping 6%); and ABC at 5.8 million (giving up 8%).

Fox was 6% higher to 4.2 million, growing partly as a result of high ratings from reality show “The Masked Singer.”