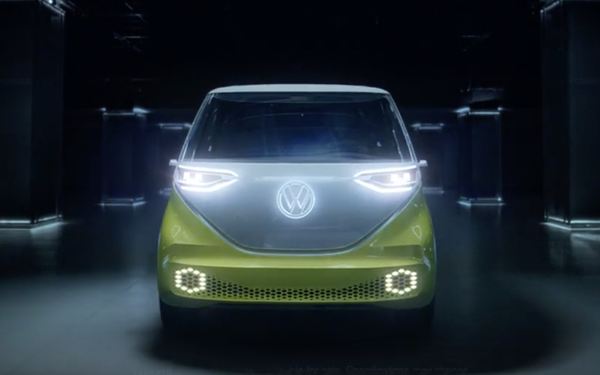 Volkswagen of America is embarking on a new brand direction that begins with acknowledging its damaged reputation.

The effort is themed around responsibility, innovation and how a major automaker can credibly contribute to the greater good.

Volkswagen aims to atone for the damage of so-called Dieselgate, in which the U.S. Environmental Protection Agency discovered that VW had violated the Clean Air Act and intentionally programmed its turbocharged direct injection diesel engines to activate their emissions controls only during laboratory emissions testing.

The spot, which features Simon & Garfunkel’s “Sounds of Silence,” is a “moment for the company to clear the air on the diesel matter, acknowledge what happened and all that it brought about. The point of the message is simple: What matters most is how you respond,” according to the automaker.

It starts with news reports about Dieselgate. A disappointed VW designer sighs, then settles down to work on what will ultimately be the automaker’s next chapter.  It ends with superimposed copy: “In the darkness, we found the light. Introducing a new era of electric driving.”

The new Volkswagen creative is “intriguing and brave -- brave, in that it admits to the dark period of Dieselgate,”  Michelle Krebs, executive analyst for Autotrader, tells Marketing Daily.

“Clearly, more chapters need to unfold, specifically ones around new electric-powered models," she continues. "The creative obviously is intended to let consumers know it is a new day at Volkswagen. Will consumers trust the automaker again? Will the ads sell more vehicles? That’s yet to be seen.”

The campaign is aimed at all consumers who were disappointed, says. Scott Keogh, president and chief executive officer of Volkswagen Group of America. “We have a responsibility to do better, to be greater and we intend to shoulder that responsibility."

The Drive Bigger phase of the campaign aims to mark a return to the thoughtful, fun and unassuming Volkswagen ads of the 1950s and '60s. The campaign includes work that highlights VW's current fleet as well as its coming electric fleet. The work will run in print media, as well as on TV, digital and social platforms.

For Volkswagen, "Drive Bigger" is more than a slogan on a website or a poster in a dealership. It's a long-term vision for the brand and the company, backed by bold commitments, according to the company.

Volkswagen Group has set a target of global carbon neutrality across its fleet, production and administration by 2050, and embraces the goals of the Paris Agreement to limit global warming to 3.6 degrees Fahrenheit. By 2025, the company intends to reduce its global carbon footprint by 30%.

“This brand platform we are launching with Volkswagen will act as a north star for the company to ultimately transform their business,” states Jan Jacobs, co-founder and chief creative officer of Johannes Leonardo.