Sunoco Takes A Strategy Pivot In First Campaign From Solve 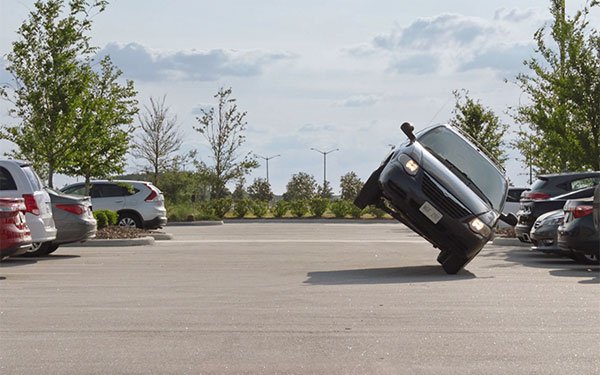 Sunoco is introducing a new advertising approach—timed to peak road trip season--with its first campaign from its new agency Solve.

The "Fuel Your Best" creative is designed to connect the company to performing well in life through humorous circumstances.

One spot features a mini-van driver performing in stunt driving fashion to the amazement of on-lookers, while another shows a karate student who at first appears unassuming but later shocks everyone with his chop.

This new direction shifts away from previous campaigns that largely focused on automotive performance by leveraging the brand’s long partnership as the official fuel of NASCAR.

“Research showed us a shrinking number of people who were really into their car’s performance,” says Ryan Murray, account director/partner at Solve. "The challenge was to take Sunoco’s high-performance fuel equity and make it relevant to an audience who cares less about their vehicles."

There’s a better way to position a fuel brand, says Murray, noting that historically, premium fuel marketers have played at a "very rational and serious level," touting ingredient/chemical superiority, like how great their proprietary fuel additives make their gas.

"We moved beyond that and focused on the emotional feeling people have when their car’s tank is full," says Murray. Solve's research finds there’s a "tangible level" of optimistic empowerment associated with a full tank that allows people to be at their very best. Hence, the creative direction takes this insight to how a full tank of gas "makes you feel ready to take on the world," he says.

The campaign will continue to roll out over the summer across Sunoco stations, national television, radio and digital/social content.

The media strategy is designed to follow the same path as the brand approach by pushing out beyond the previous NASCAR/performance-dominated programming to reach audience segments in "fresh, connected places," says Murray, citing OTT as one example.

"We’re reaching beyond our car aficionado core to consumers who live busy, connected lives and rely on fuel to keep them on top of their game and able to get where they need to go, literally and figuratively," he says.