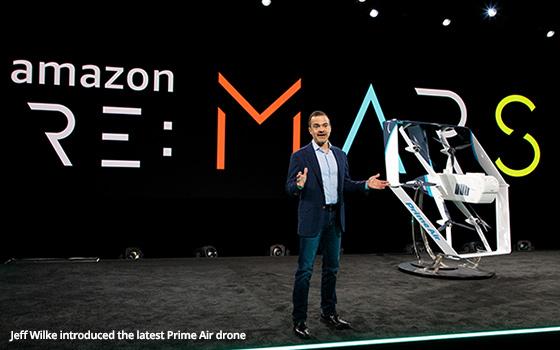 In an effort to speed its one-day delivery options, Amazon is turning to 30-minute delivery by autonomous drone.

The mega-retailer unveiled its latest drone design, an electrically powered device that can fly up to 15 miles and deliver packages under five pounds in fewer than 30 minutes.

Amazon expects to scale its Prime Air and deliver packages via drone within months, according to a blog post by Jeff Wilke, CEO of Amazon Worldwide Consumer.

The drone is a hybrid design, which can do vertical takeoffs and landings like a helicopter and then fly like an airplane.

“Our drones need to be able to identify static and moving objects coming from any direction,” states Wilke.  “We employ diverse sensors and advanced algorithms, such as multi-view stereo vision, to detect static objects like a chimney. To detect moving objects, like a paraglider or helicopter, we use proprietary computer-vision and machine learning algorithms.”