Sunoco Shows Customers How To 'Fuel Your Best' 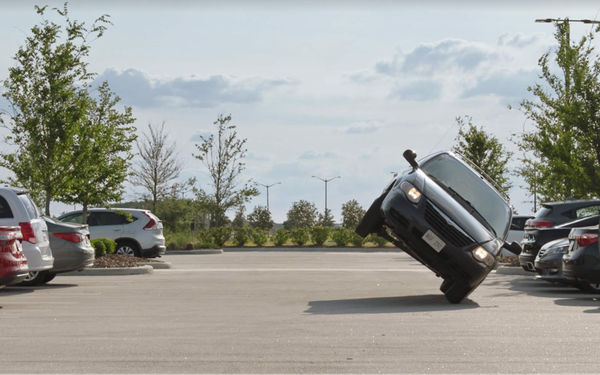 Sunoco is launching a humorous campaign showing how customers who have fueled up at the station “fuel your best.”

From Minneapolis-based Solve, it’s the agency’s first work for the fuel brand after winning the account late last year after a national agency search and competitive review. The agency was tasked with expanding the brand’s appeal beyond its high- performance racing heritage.

The national, integrated campaign includes broadcast television, radio, digital/social and out-of-home and will run from now into the fall.

TV spots comedically harness the emotional surge of having a full tank of high-quality fuel, leaving onlookers wondering “What got into you?” The effort features over-the-top situations of people performing at peak levels after filling up at a Sunoco station.

One spot features a woman in her minivan, deftly executing a thrilling, stunt-like driving maneuver to grab the last prime parking spot at work. Another spot features a young karate student who appears to have failed at chopping his stack of cinder blocks -- but, to the surprise of his sensei, ends up wreaking havoc in the dojo.

“We repeatedly heard from consumers they feel ready to take on the world once they’ve fueled up at Sunoco,” states McConnell. “The new campaign perfectly captures that feeling.”

Solve worked with New York-based directing trio Jean Collective to produce the spots. The campaign will continue to roll out over the summer.

Sunoco spent $5.7 million on measured media in the U.S. in 2017 and $5.2 million during the first half of last year, per Kantar Media.

agency, automotive, retail, transportation
1 comment about "Sunoco Shows Customers How To 'Fuel Your Best'".
Check to receive email when comments are posted.
Next story loading