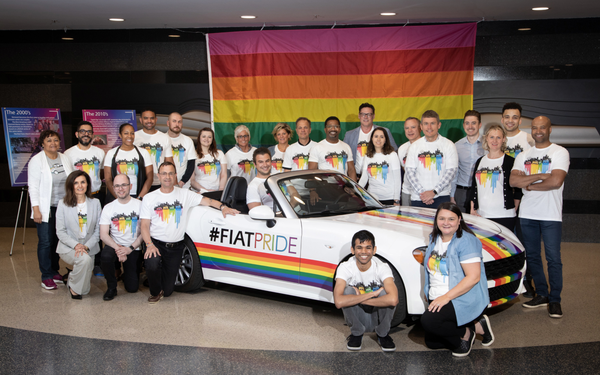 Fiat Chrysler Automobiles is one of the lead sponsors of the Motor City Pride festival and parade.

As a key sponsor of the festival and the lead sponsor of the parade, FCA is showing its longstanding commitment to LGBTQ employees, communities, customers and issues, says Alisa Nagle, head of human resources, FCA – North America.

The power behind the sponsorship of Motor City Pride is the company's LGBTQ business resource group, the Gay and Lesbian Alliance (GALA).

GALA is one of seven business resource groups at FCA US representing a range of affinity communities: African-American, Hispanic, Asian, LGBTQ, veterans, Native Americans and women.

FCA US and the Fiat brand's support of Motor City Pride was part of a week-long celebration of Pride Week at the company, which also included a visit to its Auburn Hills, Mich. facility by Michigan Attorney General Dana Nessel.