A Dating App For The Rest Of Us: Lumen, Aimed At Folks 50+ 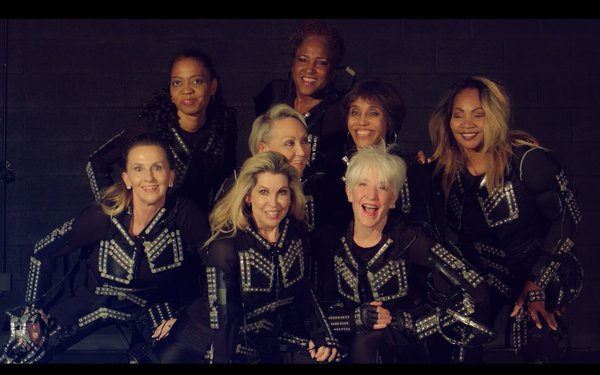 Lumen is a dating app that’s doing something ridiculously daring: It’s catering to people 50 and over. Brands may recognize that number mainly because it is the age at which potential customers start to lose their allure.

In eight months, Lumen has garnered one million downloads, which puts it a far 49 million users away from Tinder. But still — that’s a start.

As of now, Lumen has two commercials to mark its million-download status. The 30-second spots feature The Silver Classix Crew, a group of 50+ dancers from Atlanta who spend almost all of the ad gyrating in the dark, their bodies highlighted by neon-like lines on their outfits. Near the end, the lights go on and viewers discover they are all old enough to be your mother, probably. They all seem to have at least a few very attractive wrinkles. The spot ends with Lumen’s slogan, “50s Is Just The Start.”

The hip-hoppy spot will air internationally, Lumen says, in international markets and the U.S, where it will show on digital and broadcast platforms, including Comcast and Hulu.

“I think the campaign is really important, because it shows what these women in their 50s and 60s are capable of, and also calls into question social preconceptions,” says Charly Lester, the company’s CMO and co-founder.

“Most people watching the video for the first time thought the dancers were young men, not older ladies! Social preconceptions of age are not talked about enough, and ageism is a form of discrimination which society needs to turn its attention to,” she said in a statement.

Lester is something of a dating  expert, particularly overseas. She was previously the dating editor at the Guardian newspaper and also was the global head of dating at media company Time Out. She is the creator of The Dating Awards, which salutes leaders in the dating business.

Lester is “currently” single and only 35 years old, a spokesman says.

In fact she and her business partner, Antoine Argouges, are the only employees under 50 at the company, which is based in the United Kingdom. It began U.S. operations only a few months ago.

The other major Lumen figure is Russian investor Andrey Andreev, who is an investor in other social apps,including Badoo, a Cyprus-based but internationally known dating site; Bumble, a location-based dating app, and Chappy, a gay dating site. He’s poured $4.5 million into Lumen.

The company isn’t loaded with statistics yet about dating patterns it’s observed, but it has some. Its oldest user is 97. But the average Lumen user is 56, and the ratio of men to women is just about evenly split.

“If you are under 50, the app automatically blocks your entry and sends you a polite message telling you that you are a spring chicken,” a spokesman discloses. “This is verified through AI, and if someone is flagged, then a human reviews the profile.”

Users also have to provide at least three photos, plus an instant selfie. If all the photos match (people check this out), applicants are welcomed as members.

There is another nice Lumen touch: It doesn’t allow the “shotgun” approach to reaching out for a potential date. You can’t just send the same message over and over. At Lumen, you only get six new chances a day, and a user has to  communicate with at least 50 characters. That’s pretty old-school, huh?