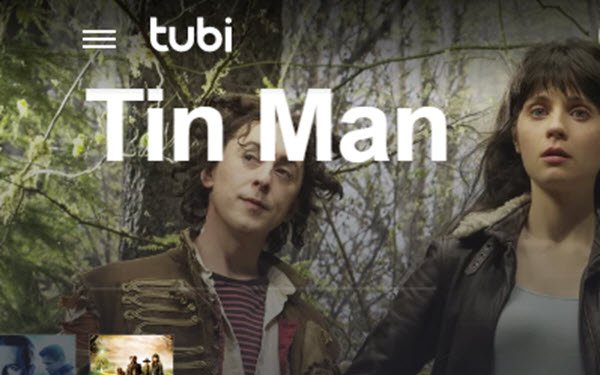 Ad-supported video streaming service Tubi reports that is surpassed 20 million active monthly users and 94 million hours of content in May.

May also marked Tubi’s single biggest revenue month since its launch in 2014, according to the company — although it did not reveal the actual numbers.

In January, Tubi announced that its revenue had grown by 180% in 2018, that it had reached profitability in the fourth quarter, and that it would reinvest profits in more content acquisition during 2019.

The platform says it has made good on its promise to spend “over nine figures” on content, and now offers more than 15,000 movies and TV series (totaling more than 44,000 hours) through more than 200 content partners, including studios such as Warner Bros., NBCUniversal, MGM and Lionsgate.

Tubi was integrated into Comcast’s X1 platform in late 2018, and into the Cox Contour platform this April.

All of this would seem heartening for advertisers rooting for the viability of ad-supported VOD (AVOD) ventures.

“With linear TV ratings in continuing decline, advertising demand for OTT is strongest from brands replacing lost reach with their TV spend,” Tubi declared in January. “In 2018, over 1,000 advertisers ran campaigns on Tubi, with the majority of the top CPG and automotive advertisers reaching audiences in movies and TV shows on Tubi.”

But Tubi and so-far smaller, 100%-ad supported competitors including Pluto TV (16 million active users) and Xumo (about 5.5 million) are now facing an even more daunting field of competitors, including next year’s launch of NBCUniversal’s own ad-supported entry. (That platform claims that it will launch with a projected addressable audience of about 52 million, thanks to its free availability through parent Comcast’s cable services.)

That’s not even mentioning the pay-for arena. In addition to the ongoing battle for the time and attention  — if not money  — of consumers against existing subscription-based juggernauts Netflix and Amazon, AVOD platforms will soon be up against in-the-wings subscription-based platforms from players including Disney, Apple and WarnerMedia.

As fellow MediaPost columnist Wayne Friedman points out, competitors maintain that Netflix — which now has 60 million U.S. viewers and 140 million viewers worldwide paying around $12 per month — will have to begin taking advertising to support the content investments that in turn drive subscriber acquisition and retention.

Netflix spent about $13 billion on content last year, and is reportedly upping that to about $15 million this year.

But just over this past weekend, during the SeriesFest conference in Denver, Netflix Chief Content Officer Ted Sarandos flatly denied that Netflix — which currently offers some 80 movies and 700 TV series — has any plans to take advertising or bid on live sports, reports FierceVideo.

Now, saying a company has no “plans” to do something obviously doesn’t preclude its plans changing at some point — or rule out that it might consider ad-supported offshoots.

But Sarandos said that he sees another big plus for the subscription-based business model emerging.

Asked about the intensifying privacy, brand safety and antitrust pressures on Facebook and Google, he replied: “I could not begin to predict any of that. I know that I feel good that we’re not in any of those businesses that draw that kind of fire. Another great reason not to sell advertising.”

To state the obvious, despite all of the bluster and statistics-based predictions, no one can be certain which model(s) and platforms will prevail over the coming years, as technology and consumer and governmental behaviors continue to evolve.

But wide-open accessibility to consumer data — which the industry has assumed will go hand-in-hand with content in determining the future and survival of the fittest — may prove not to be a given going forward.

In distancing Netflix from the big social and search platforms during his SeriesFest interview, Sarandos emphasized: “We don’t collect your data. I don’t know how old you are when you join Netflix. I don’t know if you’re black or white. We know your credit card, but that’s just for payment, and all that stuff is anonymized.”

But as FierceVideo pointed out: “While Netflix may not collect data initially when its subscribers sign up, it certainly collects a lot of data about them as they watch, even if those subscribers are anonymous… Netflix has the ability to collect myriad data points for its 150 million subscribers, including the date and time people watch; the device used to watch; the location of the device; when a subscriber pauses, rewinds or fast-forwards; the ratings that a subscriber gives; and search history.”

That data — much-coveted from afar by advertisers — is currently used primarily to continually refine search and recommendations to drive viewing time, which in turn drives subscriber perceptions of value and subscriber retention, according to Sarandos.

However, it’s not inconceivable that the repeated, cynical abuses by players like Facebook, along with the news surrounding various Congressional hearings, might nudge even digital natives to begin questioning whether they really want their every online and mobile move tracked in return for promises of a better, more tailored “experience.”