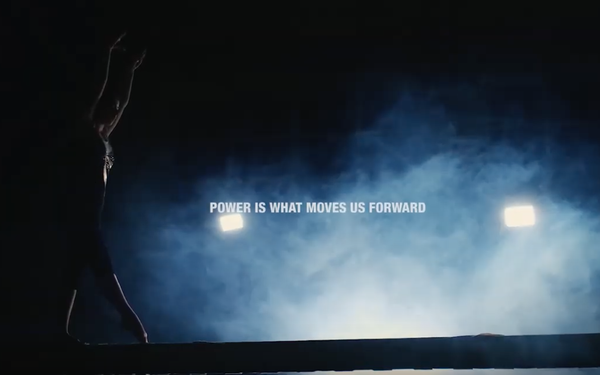 Pirelli is launching a campaign in celebration of the silver anniversary of an iconic campaign.

The brand has used “Power is Nothing Without Control” since the original campaign photo depicted Carl Lewis, photographed by Annie Leibovitz, in the classic position of a sprinter on the starting block while wearing high-heeled red shoes.

The photograph opened an ad campaign that continues to identify Pirelli, according to the company.

The year after the photograph was published, Gerard di Thame directed a TV spot depicting Lewis running a mad race full of special effects across the New York skyline. The final race’s images reveal the secret: the sole of Carl Lewis’s foot engraved with the tread pattern of the Pirelli P6000 tire.

The original image of Lewis is intended to convey that power is an attitude, and it’s what moves us forward -- but it is nothing without control, according to the company.

Pirelli is releasing a video as well as a series of photographs and three stories from international writers (Adam Greenfield, Lisa Halliday and J.R. Moehringer) that tie in the concept of power with technology, sports and arts and culture. The company also dedicated its 2018 Annual Report to the catchphrase.

The video from Young & Rubicam, which came up with the original Lewis campaign, accompanies the three authors’ works.