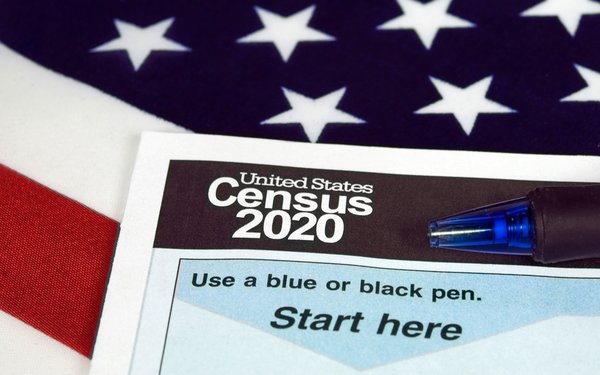 The Trump administration is pressing forward with an attempt to ask people about their citizenship in the 2020 census, despite a Supreme Court ruling that appeared to block the question.

On Friday, lawyers for the government said in papers filed with U.S. District Court Judge George Hazel in Maryland that the Departments of Justice and Commerce “have been asked to reevaluate all available options following the Supreme Court’s decision and whether the Supreme Court’s decision would allow for a new decision to include the citizenship question on the 2020 Decennial Census.”

The new papers come after a week of contradictory statements by the government. On Tuesday, lawyers for the Justice Department said the census was being printed without a question about citizenship.

But Wednesday morning, President Trump said on Twitter that the administration was “absolutely moving forward” with the question.

“The News Reports about the Department of Commerce dropping its quest to put the Citizenship Question on the Census is incorrect or, to state it differently, FAKE!,” he tweeted. “We are absolutely moving forward, as we must, because of the importance of the answer to this question.”

Friday morning, Trump reportedly said he was considering issuing an executive order directing the Commerce Department to include the question.

Last week, the Supreme Court ruled that the Commerce Department had not adequately justified its decision to add a citizenship question to the census. Commerce Secretary Wilbur Ross had said the question was designed to enforce the Voting Rights Act, but the Supreme Court found that explanation pretextual.

“The evidence tells a story that does not match the explanation the Secretary gave for his decision,” Chief Justice John Roberts wrote in a ruling joined by the court's four liberal justices.

Lawyers for the Justice Department suggested in Friday's court filing that the Commerce Department may now offer a different rationale for the question.

“In the event the Commerce Department adopts a new rationale for including the citizenship question on the 2020 Decennial Census consistent with the decisions of the Supreme Court, the Government will immediately notify this Court,” lawyers for the government wrote.

It's not clear whether judges will accept an agency's “new rationale" for a prior decision.

Ride-sharing company Uber, online glasses seller Warby Parker, the Los Angeles Chamber of Commerce and Nielsen are among many companies and business organizations that urged the Supreme Court to block the citizenship question. They argued that the question will depress response rates, which will harm businesses that rely on census data for marketing and product development.