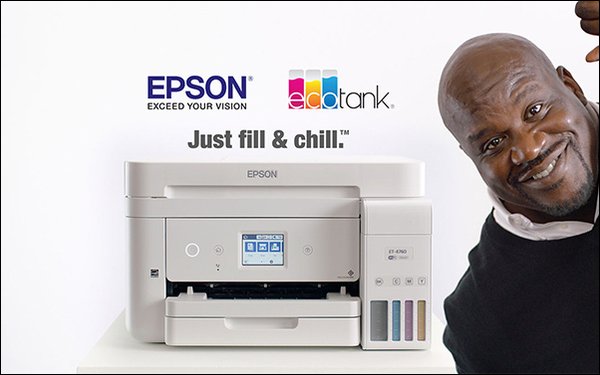 Shaquille O’Neal is looking for future marketing deals offering more than a close shave. Maybe he can add in some key positive community elements, a strong business investment, and, yes -- even some silliness.

This past week, former NBA great O’Neal took on another visible TV sponsorship/partnership with Epson America to tout a new line of cartridge-free printers.

“I’d actually love to do a deal with a razor deal,” he says, speaking with Media Daily News at the Epson launch event. He mentions BIC-branded shavers.

O’Neal makes it a key point that any sponsorship deals he makes -- especially TV commercials -- must be centered on an existing personal connection. He points to a deal made earlier this year with pizza restaurant chain Papa John's.

“Papa John's got me through college,” he says, speaking of many pizza meals. Before the deal this spring, O’Neal had been looking to buy restaurant franchises. This resulted in an agreement in which O’Neal took on a major investment in nine Papa John's pizza locations in Atlanta.

“I told them, ‘The only way I come on is if you put me on your board. I see you don’t have any African-Americans on your board.’ ” An overall deal was made, giving O’Neal $8.25 million over three years, according to a company regulatory disclosure.

Likewise, for years, O’Neal has used Epson products and was happy to see Epson add eco-friendly cartridge-free printers a few years ago. Now it is adding a bigger capacity line of printers. Instead of cartridges, color inks are poured into printers, which can last several years without refilling.

From 2016 through 2018, Epson had limited national/regional TV exposure for its products; it’s estimated to have spent a $1.3 million in media spend over that period, according to iSpot.tv. That will change with O’Neal, when he will appear a number of new TV commercials.

But with the glut of other O’Neal-fronted TV commercials, isn’t Epson worried about getting involved in an already noisy O’Neal TV environment?

Not all all. Keith Kratzberg, president-CEO of Epson America told Media Daily News: “We believe Shaquille's involvement with a wide range of brands is due to the power of his persona. This works to amplify the reach of Epson's campaign.”

As part of the O’Neal deal, Epson will be working with Communities In Schools to provide a whole line of technology products -- EcoTank printers, interactive projectors and scanners -- free to many schools nationwide.

Kratzberg adds O’Neal will be part of an overall media campaign across TV, digital, in-store, social media, and live appearances.

“After the first championship [with the Los Angeles Lakers], Wheaties [says], ‘We want to put you on the box.’ I told them no. I told them I’m from the hood, I don’t know what that taste like.I eat Frosted Flakes. I eat Fruity Pebbles and Fruit Loops. That’s it.”

O’Neal says with the second Lakers championship, Wheaties tried again. And he turned them down again.

Is there some key marketing expertise at work here? Not initially. O’Neal took a marketing class while at LSU  -- and failed.

But that didn’t stop O’Neal. While still in college, in 1992, he worked on a logo, depicting himself, in an outlined silhouette, doing a two-handed dunk with his legs swinging high in air. The ‘Shaq Dunkman’ logo is now used for all Shaq-branded products.

“That emblem right there... I came up with that,” he says, pointing to the logo on the screen after the Epson presentation. “I got the idea from Michael Jordan.” The iconic Jordan logo shows a leaping Jordan with a basketball high in his hand, legs akimbo, jumping from the foul line to make a dunk.

He told HBO’s “Real Sports with Bryant Gumbel” he has made more money with marketing sponsorship deals than playing in the NBA. In the best year of his NBA athletic career, O’Neal averaged around $30 million a year. Overall, he made $280 million while playing.

“I said whenever I get commercials, I’m going to be myself. And I got to make people laugh,” he says. Some advise Shaq to do more serious stuff when it comes to endorsements.

But he says that’s not his style. “I’m silly, a juvenile delinquent,” he says, smiling. “If we all worked in a corporate office, you guys would get in trouble because of me.”