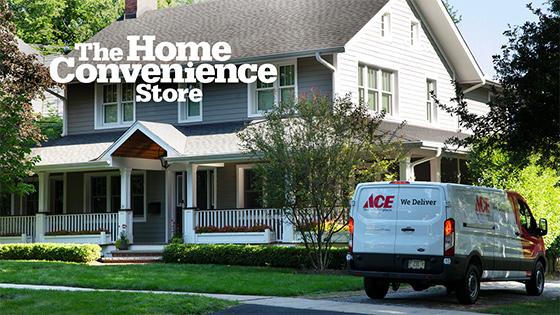 And just to one up Amazon and others, Ace is also offering product assembly on select items at select retailers.

"With a focus on helpfulness and convenience, backed by its local, retailer-owned cooperative stores, Ace provides that home-town touch with the advice and service that sets them apart in a category all their own,” explains Tom O’Keefe, CEO, OKRP.

The campaign includes a 15-second spot appearing on national television and online video, as well as dynamic digital and paid social.

The retailer initially began its repositioning under agency OKRP last year to differentiate itself from big-box rivals, such as Lowe's and Home Depot. The "Home Convenience Store" creative emphasized its product assortment and helpful guidance from neighborhood store owners.

Since then, Ace reported a 5.1% increase in revenues for first quarter 2019.