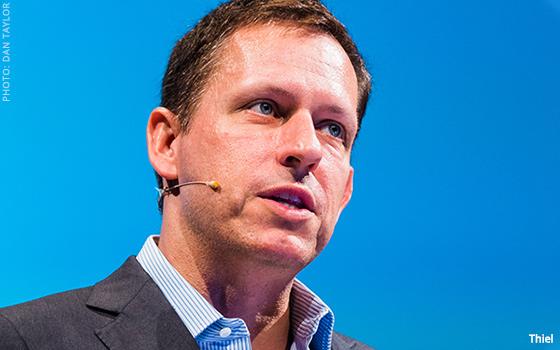 Speaking at the National Conservatism Conference, billionaire investor and Facebook board member Peter Thiel said the U.S. government should investigate whether foreign intelligence agencies have access to Google's artificial intelligence projects and the company for allegedly aiding the Chinese military.

Those three questions, first reported by Axios, are: How many foreign intelligence agencies have infiltrated the Manhattan Project for AI? Does Google's senior management consider the company to have been infiltrated by Chinese intelligence? And is it because they consider themselves to be so thoroughly infiltrated that they have engaged in the seemingly treasonous decision to work with the Chinese military and not the U.S. military?

Thiel’s comments stirred additional feedback from colleagues. Joe Lonsdale, a founding partner at 8VC and cofounder of Palantir, said on CNBC Monday that Google is "not a very patriotic company.” Google’s environment is very “academic.”

“There’s a culture where people at universities want to be open and share with the whole world, but there are nationalists in China coming and taking whatever they can learn to use it for their own nationalists’ purposes,” Lonsdale said.

This is not a secret. It has been happening since U.S. companies began moving manufacturing and design into China.

Google didn’t originally want to go into China, Lonsdale said, because it was concerned about intellectual property theft. But at this point, the company knows everything has been stolen anyway.

“We have had these Chinese spies at all of our companies," he said. “It’s not something we talk a lot about. It’s just a regularly known thing in Silicon Valley. What Peter is saying is we know, but it's not really discussed.”

Former FCC Chairman Tom Wheeler said the government should reassess the situation to fit today’s business sense into this “new economy” —  a new reality that establishes market freedom and the ability to innovate and invest. But it should put up guardrails to protect consumers. He said digital data is exhaustible, and that's what the U.S. needs to protect.