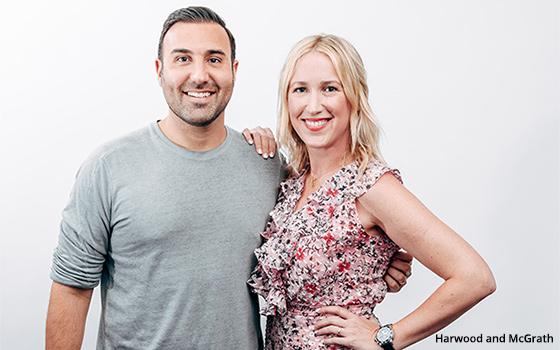 Gallery Media Group has steadily built out its properties and expanded its events since it formed in January 2017, when veteran advertising and media investor Gary Vaynerchuk acquired women's lifestyle digital publisher PureWow.

Last summer, it launched its first media brand ONE37pm, an entrepreneurship and lifestyle brand for young men. The two brands reach over 100 million people across platforms.

This Saturday, PureWow is hosting its third annual “#PureWowHamptons,” one of its largest experiential events, which features brand activations for The Coterie, its female influencer network.

The event will have, in part, a hair styling activation from Aloxxi, a La Croix flower wall, a hut made of surf boards to test new Bose sunglasses, Tito’s Vodka and WTHN acupuncture.

Attendees will include over 200 Coterie influencers, as well as executives like Ben Lerer, CEO of Group Nine Media, fashion designer Rebecca Minkoff and Melanie Whelan, CEO of SoulCycle.

A Super Bowl event in Miami with a headline act and esports tournament at the NBA All Star Game in Chicago are coming this winter for ONE37pm.

Seven years ago, Mary Kate McGrath, Chief Content Officer at GMG and PureWow EIC, was drawn to PureWow because founder Ryan Harwood "was building an absolute consumer-first approach” to the underserved market of women in their 30s.

This demographic was “left out in the cold by bigger digital brands…” despite having “more disposable income” and being the “chief purchaser in her household,” McGrath said. “Ryan was talking to that consumer.”

PureWow was founded in 2010. The acquisition by Vaynerchuk “gave us access to a large 50,000 square-foot studio for video and podcasting,” Harwood told Publishers Daily. Post-acquisition, he became GMG's CEO.

Harwood said while brands need to live on social media, they can’t be “overly reliant on platforms for traffic. It’s an awesome boost while it lasts, both organic and distributed," he said. However, a change in an algorithm “wouldn't damage the other side of the core business.”

McGrath added: "You need a brand value proposition that is clear, and that is relevant to that consumer base. It’s up to you as a publisher to meet the consumer where they are."

Traffic often comes from search and social influencers, who drive followers to the company’s brands.

GMG is also focused on episodic series on YouTube, building niche audiences on Instagram to “really cultivate passion points,” and podcasts, which the company sees “as real multi-media opportunities,” per McGrath.

PureWow started as an email publication, with a business model based on sponsorships of its newsletters. This helped “accumulate an incredibly loyal database” of 4 million readers, for when the website launched a year and a half later, Harwood said.

In 2012, PureWow worked with Hyatt to integrate native and branded travel content.

The goal was to find what PureWow could offer to compete with giants like Facebook and Google. The answer was “content creation, speed, integration and white-glove service. So we went all in,” Harwood says.

Advertisers started to spend more money with PureWow on branded content. It expanded into podcasts. PureWow has also created a number of custom podcasts for brands, and invests in creating video assets from recorded podcast sessions for social distribution.

A big deal will be announced soon, Harwood said, in the sports and wellness space.

“At GMG, our biggest belief is that the biggest pain point right now is a lack of content to fill the pipes to remain culturally relevant and be in front of consumers,” Harwood said.

He still believes email is the best way to convert engagement, “but advertisers look at it as old school and don't respect it. It’s undervalued.”