A Campaign To Die For From Dating App Hinge 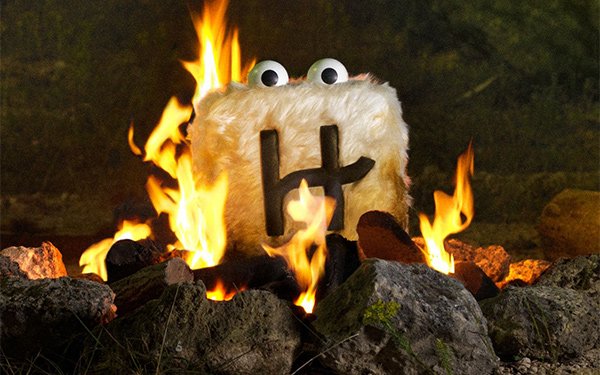 The creative, developed with Red Antler, shows Hingie burning in a campfire and being attacked by pigeons alongside messages such as “Find each other. Make us go extinct” and “Let the sparks fly. We won’t feel a thing."

“Through Hingie’s death, we’re letting singles know that Hinge is dying for them to find love," says Nathan Roth, Chief Marketing Officer at Hinge. "I hope the campaign inspires even more singles to join Hinge and meet someone worth deleting the app for.”

The "Designed to be Deleted" campaign includes TV spots and digital ads on platforms such as Snapchat, Hulu, and YouTube. Out-of-home will appear on NYC subways through September 8.

Two years ago, the app launched a New York-specific ad campaign with Barton F. Graf, based around the tagline “Let’s be real.” The campaign placed short text-based stories on billboards around NYC inspired by real user responses. These meandering messages expanded upon dating "prompts," such as taking someone who owns a dog to a pet-friendly bar, and maybe later introducing him to your dog Meatball.

Earlier, Hinge's advertising used exaggerated statements on rivals, like Tinder, as well as the whole swipe culture via the "Dating Apocalypse" to position Hinge as the "relationship app," rather than a platform for “surface-level” connection.