How Do You Buy? 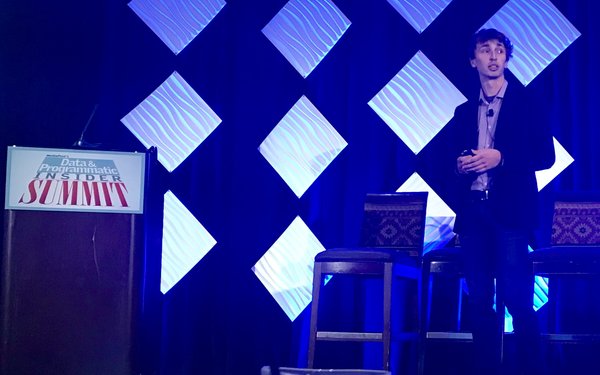 TechStyle Fashion Group is about to hit $1 billion in sales next year after a decade in existence. On Friday, Jarod May, Senior Manager, Programmatic Media, shared the company's programmatic media buying with our Data & Programmatic Insider Summit.

First, rather than work with media agencies, it works with media partners directly. An in-house media agency works from three locations With one programmatic goal: Cost per acquisition. "That gives us the freedom to focus on lower-funnel conversion metrics," said May.

Two entities make up TechStyle's programmatic value: Time and depth of data. And, its buying strategy involves "trying to debunk [the idea] that programmatic is complex" by clearly defining everything and apportioning time thusly.

Stage 1 is Collection, the broadest scope of the campaign's inventory run. "We are held to a CPA goal and we can scale up from there." Scaling is, in fact, Stage 2. Next is cutting bad inventory. "At the end," said May, "we either turn off the test and move on or lean in and divide buying into additional ad groups." So far, TechStyle has enjoyed 70% YOY spend growth and a 35% YOY CPA drop.

In the end, the brand reduced the amount it spent on data by spending less per segment; found new data partners using better segments; and its auto-opt finally caught up, allowing for ad group segmentation.