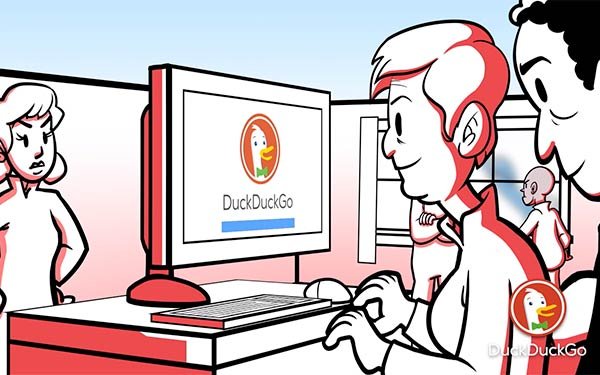 DuckDuckGo created a video just now gaining traction on Twitter that attempts to educate people on why they should not use Facebook and Google.

The video provides “five good reasons to dump” the platforms. It starts with hyper-targeted ads, accusing the two companies of using “manipulative psychological triggers that get you to click.”

DuckDuckGo also cites in the video that the two companies use propaganda and discrimination to influence political opinions -- and use filter bubbles, meaning that the sites manipulate their respective search feeds based on what content they think the person will click on and filter out the rest.

Both sites also keep a search history, browsing history, purchase history, and location history. Google keeps the history until the person goes to My Activity to delete it.

Apparently, Walt Mossberg, an executive editor at the The Verge and Editor at Large of Recode, has been using DuckDuckGo search exclusively instead of Google for quite a while now. He shared a video on Twitter from DuckDuckGo, which prompted a string of responses, both good and bad.

“I also use their iOS app,” he wrote in a tweet. “And, no, I have no connection, financial or otherwise, with the company. I just value privacy.”

Mossberg’s post started a string of comments ranging from those who love DuckDuckGo’s search engine to those who want to like it but don’t.

Some of the issues with DuckDuckGo that were called out in the tweets included a lack of content and less precise results compared with Google.

“Google has so many more subtle things that are useful for me,” tweeted Rishi O, based in Taiwan. “For example, when I type “federer”, it shows me the score of his last game, or a live score of the current one. DuckDuckGo not only has a bad name, it’s nowhere near.”

Firefox and Ecosia browser and search engines also were mentioned as alternatives to protect consumer privacy when searching.