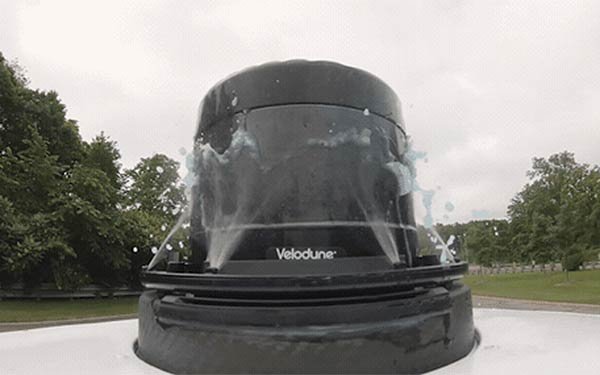 Bugs in a program can sometimes plague a new technology.

Self-driving cars are turning out to be in this category, except in this case the bugs are real.

Autonomous cars need technology that “sees” everything around the car, which usually involves a LiDAR  (Light Detection and Ranging) device on the roof.

Like most major automakers, Ford is working on self-driving vehicles and decided to take on the bugs issue.

“It turns out that insects pose a significant challenge to self-driving vehicles,” states a blog post by Ford.

The company has been testing its LiDAR in numerous conditions, including spraying dust on the sensors, showering the LiDAR with water to simulate rainfall, creating synthetic bird droppings and smearing it on camera lenses and even building a makeshift bug launcher to shoot insects at vehicle sensors at high speed to determine the best way to quickly remove them.

Ford ultimately came up with a way to clean the bugs.

The company modified the tiara, the structure that sits on top of its self-driving vehicles, so it would create an air curtain around the sensors to deflect bugs away from it.

The automaker then added a way to clean the bugs that did sneak through by integrating a new feature in the tiara.

“Our cleaning system features next generation nozzles next to each camera lens that can spray washer fluid as needed to clean the sensors,” states the blog. “Using advanced software algorithms that help our self-driving vehicles determine when a sensor is dirty, our cleaning system can specifically hone in on dirty camera lenses, efficiently cleaning each one individually without wasting washer fluid on already-clean sensors.”

The self-driving cars hitting the streets in Detroit, Miami and Washington, D.C., are being equipped with the LiDAR cleaning mechanism.

Yet one more of the countless issues relating to self-driving cars is being tackled. One bug at a time.